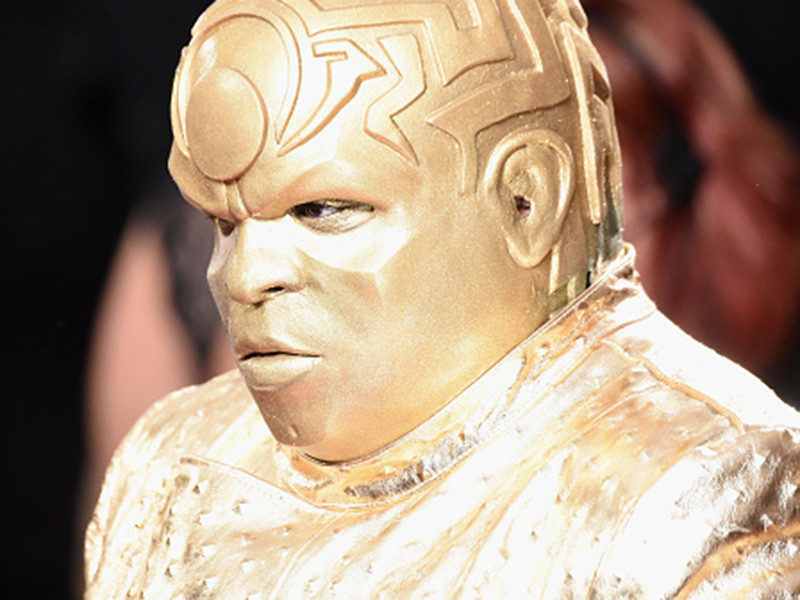 Los Angeles, CA – CeeLo Green has been working on introducing the world to his new Gnarly Davidson identity, and though he’s been keeping busy doing some feature work and releasing singles here and there, the biggest recent news regarding the Dungeon Family member involved a fake cell-phone explosion.

That is, until he showed up at the Grammys.

Making a strong fashion statement at this year’s ceremonies, CeeLo decided to go all out on the red carpet with an all-gold ensemble on Sunday (February 12).

He even corrected fans and outlets who were referring to him by his other name.

.@marieclaire take it up with @GnarlyDOfficial #GRAMMYs

Cee Lo out here at the #GRAMMYs lookin' like Conquistador #3. pic.twitter.com/4ic7BsZZrg

Why is CeeLo Green dressed like a Ferrero Rocher ?? #GRAMMYs pic.twitter.com/Cx63rr77Qg

You don't need a Grammy If you are a Grammy pic.twitter.com/cFuuzmUiiF

Ceelo showed up to the grammys ready to fight goku pic.twitter.com/RyaLvUl7Gi

Why Ceelo come out looking like the bronze kneecap ??? pic.twitter.com/zcc9wWstso

Even Drake got in on the jokes, remixing the photo of his new gold chain.

When you pick the same Mortal Kombat character pic.twitter.com/qEZIaMiOXB