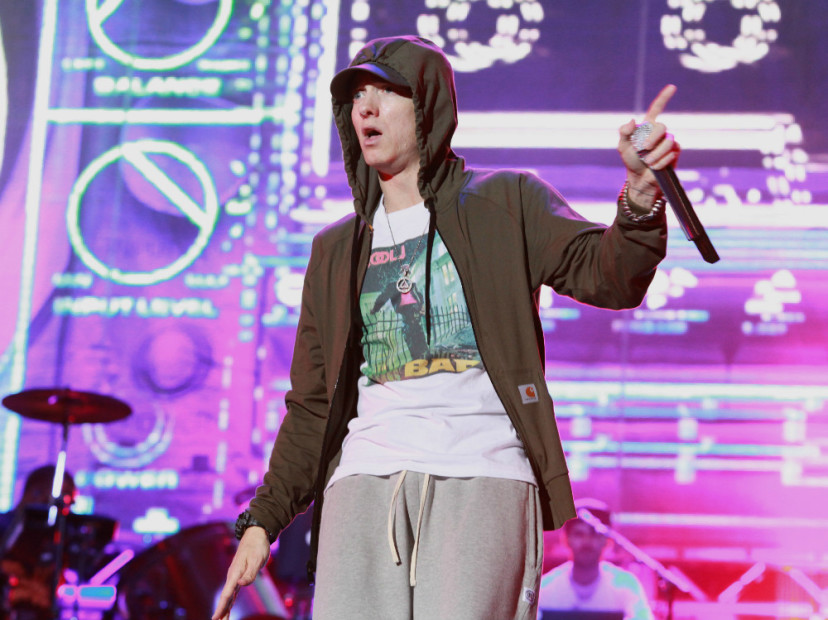 It’s no secret that Eminem is a fan of Kendrick Lamar. He went so far as to call the younger rapper’s major label debut a “masterpiece,” but a new story has surfaced of the Rap God testing Compton’s good kid before giving him a badge of honor.

In talking with the Zach Sang Show, Ed Sheeran of all people has the scoop on what went down when K.Dot met Slim Shady before Em said Lamar “raps to be the best rapper in the world.”

“I heard a very cool story about Eminem and Kendrick Lamar,” he says. “Eminem wanted, he heard that Kendrick Lamar was the best rapper and he invited him to the studio to get him on a song. He arrived and Kendrick came with all his mates and Eminem said, ‘I just want you in the studio, just you on your own. And then my engineer is gonna come in and then record you doing it. But your mates aren’t allowed in.'”

Kendrick complied, “wrote a sick verse” and everyone gathered around to see what the TDE rapper was truly capable of. And Cornrow Kenny nabbed an appearance on “Love Game” off The Marshall Mathers LP 2.

“Eminem said that he did it to test Kendrick because he thought he had a ghostwriter,” Sheeran continues. “He then realized that he didn’t, and then claimed he was the best, which is kinda cool I think.”

How did popstar Ed Sheeran get this gem for the Hip Hop history books? Rick Rubin, of course. The music mogul handled production for the singer’s X album. After working with Eminem on The Marshall Mathers LP 2, Rubin called the Detroit legend “maybe the best rapper of any MC.” Kendrick and Rubin just recently met for the first time and had a very insightful conversation that included the TDE rapper crediting Eminem for his lyricism, before they hit the studio.

Listen to Ed Sheeran telling a story of Eminem testing Kendrick Lamar below at the 7:50 mark.