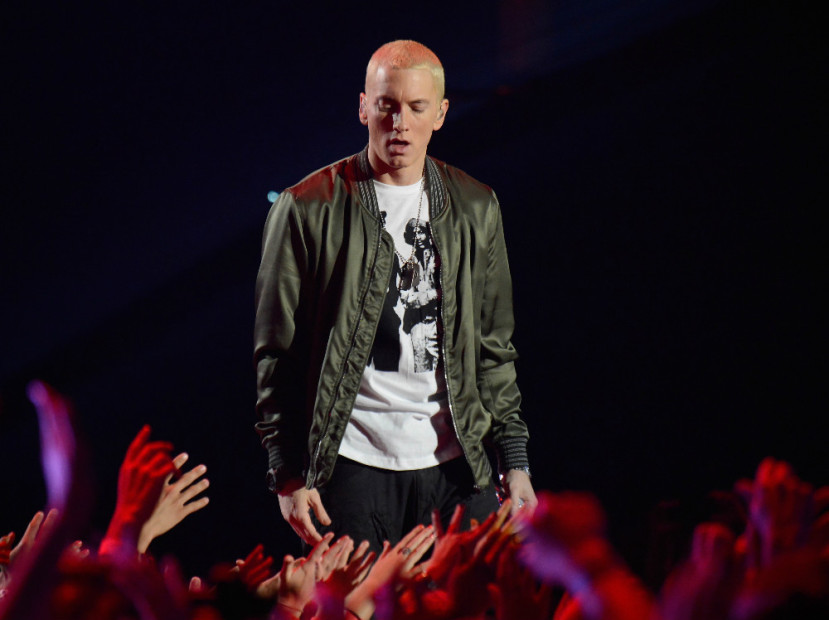 We already knew Eminem has respect for the young legend Kendrick Lamar, but he adds onto his praise for the Compton MC with an official Genius annotation for Lamar’s recent interview with Rick Rubin for GQ Style where he gives props to Slim Shady for teaching him about lyricism.

Em salutes K.Dot for exactly that lyricism and calls his major label debut album, good kid, m.A.A.d city “a masterpiece.” The LP, which celebrates its fourth anniversary today (October 22) was released through Dr. Dre’s Aftermath, the same label that is responsible for the Detroit legend’s catalog.

The clarity, I got my clarity just studying Eminem when I was a kid.
― Kendrick Lamar Talks to Rick Rubin About “Alright,” Eminem, and Kendrick’s Next Album | GQ

Eminem announced last week he is working on a new album and released the eight-minute “Campaign Speech” song as an appetizer for his fans.

King Kendrick has been gracing Travis Scott, Isaiah Rashad and even Maroon 5 with guest features while he starts the creative process for the official follow-up to the Grammy-winning To Pimp a Butterfly.