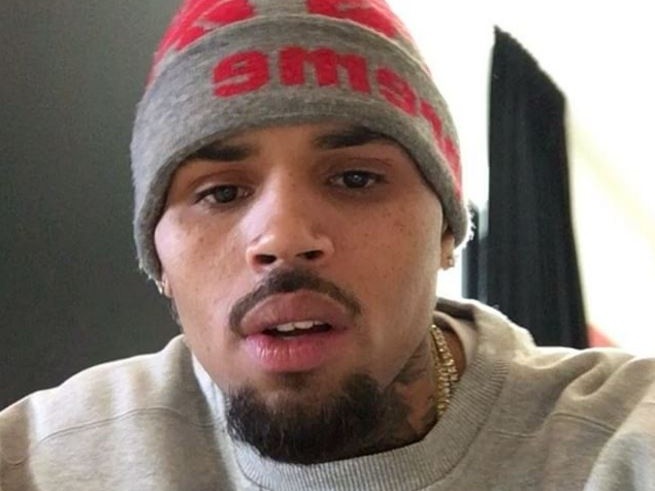 Any hopes that the feud between Chris Brown and Soulja Boy would die down by morning have been all but shattered.

With a new day comes a new batch of slander-filled videos from the pair, who began beefing after Soulja Boy posted a comment under an Instagram photo of Brown’s ex, Karrueche Tran.

In a video uploaded early Tuesday morning (January 3), Soulja Boy threatened to “beat the fuck out” of Breezy. The medallion-clad rapper also took time to throw in a reference to Brown’s past attack on Rihanna.

“Aye, Chris Brown. You a bitch, nigga. When I see you I’mma beat the fuck out you, nigga. You think you hard cause you hit Rihanna, nigga … Do that shit to me, pussy-ass nigga,” Soulja Boy said.

In response, Brown invited Soulja to his boxing gym for a more official throwdown of hands. The musician also referred to Soulja’s issues with him as “imaginary beef.”

“We got that boxing gym,” Chris Brown said in some now-deleted clips. “I’ll give you three rounds, Soulja. Three minutes. 30 seconds when that adrenaline run out, you gonna have to deal with that nigga that been training. So, we both know that you know what I do. I don’t talk shit. This shit is beneath me. I wanna bring black people together. But you gotta get your ass whooped, my nigga. I’mma be real with you … What’s the first joke you gonna have? The Rihanna joke? I was 17. I’m 27 now. You can get a grown man ass whooping.”

#chrisbrown accuses #souljaboy of SNITCHING and says they should fight 1v1 in the boxing ring for 3 rounds. Who u got???

Soulja didn’t take too kindly to Brown’s “imaginary beef” mention and proceeded to take aim at the Virginia singer’s jugular with his most recent Instagram video.

He recalled a studio session where Brown allegedly snorted cocaine, and later called the singer “a crackhead” who can’t take care of his daughter.

“You just seen me at the fuckin’ studio…You snorting cocaine off the SSL board. In the studio snorting fuckin’ cocaine…That’s why Karrueche don’t want nothing to fuckin’ do with you. You a crackhead and you can’t take care of your daughter, nigga,” Soulja said.

#souljaboy says #chrisbrown a Cokehead who does drugs around his daughter all day. …. did big Soulja go too far mentioning his daughter??

Brown then outed Soulja for attempting to reach out to him on his phone. In the process, the Atlanta rapper’s phone number was blasted over the internet.

In the video, Soulja can be heard saying “Chris, this Soulja, bruh. Hit me, bruh.”

This the message Soulja Fraud sent to #chrisbrown phone…. Soulja did the same thing to quavo, yachty and even me SMH.

Not one to dwell on his exposed phone number, Soulja took the time to take calls and listen to fans’ attempts to remedy the beef between the two musicians.

Big Soulja asks #chrisbrown fans for advice on how to hamdle beef with Chris brown. He also admits to tryna squash the beef and says #karrueche a hoe.

Most recently, Brown informed fans of his plans to fight Soulja for charity in order to prevent future Soulja Boys.

#chrisbrown sends a message to his PC white audience and parents looking on at all this coonery… he says he will fade #souljaboy for charity .