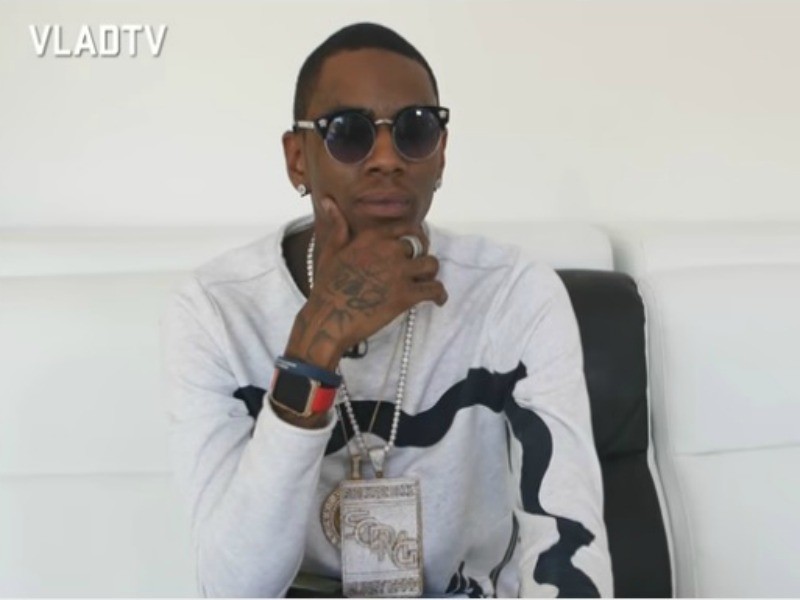 Soulja Boy was just cleared of gun charges over a week ago, but that isn’t stopping the “Crank That” artist from retelling stories involving his cache of high-powered weaponry. The Atlanta rapper recently shared new details regarding a 2008 home burglary where he shot one of the intruders.

Soulja, born DeAndre Cortez Way, sat down with VladTV and went back over the night his home was invaded by what he says was three or four masked men. The story has changed a bit from its original retelling that we reported on in 2009, but the latest is that Soulja claims to have known one of the robbers.

After DJ Vlad pressed Soulja to explain in greater detail what happened that night of his album release party, the rapper began to explain once again his side of the story. Soulja said that he held his party at a club he owned in Atlanta called Excalibur and that the would-be thieves followed him home to his gated community.

He then adds that the robbers conspired with another member of the gated community to gain entry and followed him to his home. While in his recording studio with his (now-former) SODMG signee Arab, his friend Jbar and another man in the living room of the home, the masked men burst into the residence and Soulja leaped into action by firing his gun.

“One nigga run to the front door. I hop out, I start shooting, shot the nigga,” shared Souja Boy. “Shot his ass. All the niggas run out the door. This nigga on the floor. Walk up to this nigga, take his mask off his head. Looked at it, saw who it was. I’m like, ‘Damn.’ Shot his ass again. He screaming and shit. I shut the door.”

Vlad inquired if Soulja knew the man, which the rapper confirmed he did. When asked was the man dead or alive, Soulja was vague in answering the question, but did take a moment to plug his film Soulja Boy: The Movie in which he claims the full story of what happened that night is broken down.

Check out Soulja Boy’s interview in full with VladTV below.

[Correction: This article has been updated to fix an erroneous statement that Soulja Boy was in the studio with araabMUZIK.]