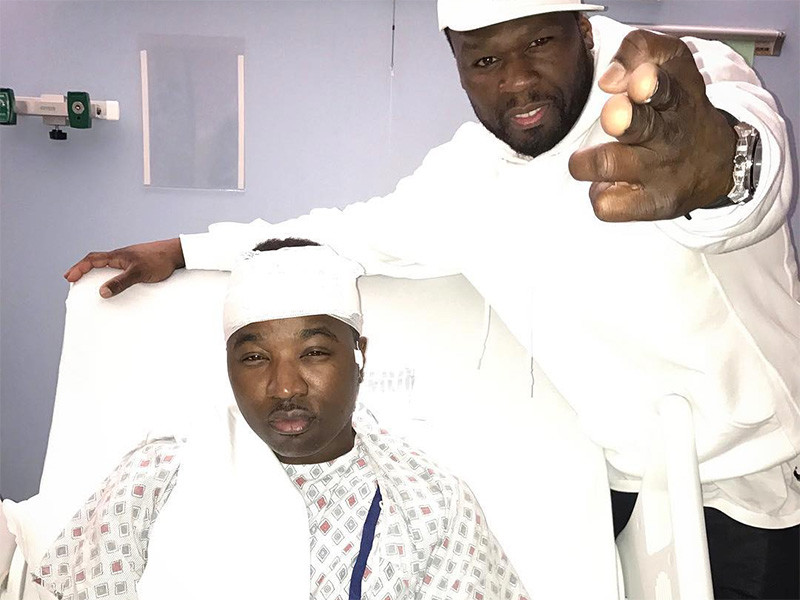 Brooklyn, NY – Troy Ave was reportedly shot in the arm and a bullet grazed his head while on his way to visit his family for Christmas in Brooklyn, according to News 12.

The 31-year-old artist, born Roland Collins, was reportedly riding in a red Maserati on E 91st St & Linden Blvd around 4:20 p.m. when he was shot and then crashed into a parked car.

Rapper Troy Ave was shot in the arm&grazed in the head in #Brooklyn while driving a red Maserati on E 91st St&Linden Blvd at 4:20pm. #source pic.twitter.com/bSds7Bgkpb

He is currently in stable condition at Brookdale Hospital and is expected to survive his injuries, according to his lawyer.

“Tonight, Troy Ave was targeted again… on Christmas,” his attorney, Scott Leemon, said in a statement to Billboard. “In Brooklyn, going to meet his family for the holiday, he was shot two times. Thankfully, he will survive the second attempt on his life. As we have said from the beginning — he is a victim. We pray for his speedy recovery.”

50 Cent uploaded an image of himself with Ave hours after the incident, captioning the photo, “Dope boy Troy all good, Merry Christmas.”

Ave was also shot in an incident earlier this year at a T.I. concert, where his close friend and bodyguard Ronald McPhatter died.

The rapper was indicted for his alleged involvement in the shooting, although he maintains he was acting in self-defense. He is in the process of suing Live Nation and Irving Plaza for unspecified damages, legal fees for “negligence.”

He was also recently the victim of an extortion plot over an alleged stolen sex tape.

Prayers and well wishes to Troy Ave and his family during this difficult time.