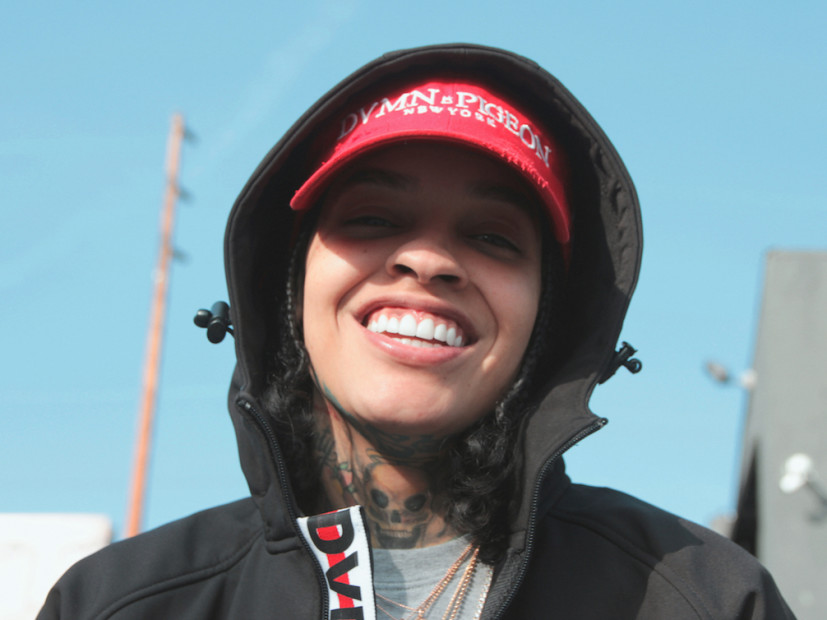 North Hollywood, CA – Not even a week has passed since Siya dropped her debut album SIYAvsSIYA and she’s already holed up in a North Hollywood recording studio working on a follow-up project.

“Yes, we’re going to keep going man and I’m going to start knocking them down,” the Sisterhood of Hip Hop star said.

Set to be released just in time for Valentine’s Day, the Bed-Stuy, Brooklyn transplant plans on getting romantic with Commitment EP. According to the rapper, she hopes the day’s focus on materialism will be downplayed a bit for what really matters.

“I feel like Valentine’s Day is such an overrated thing because it’s really about the gift of giving and really not about love,” Siya said. “I guess I’m trying to bring back some type of feeling that excites people again when it comes to love. There aren’t those type of records out there and if it is, it’s just not being done in the right way.”

Commitment follows the release of SIYAvsSIYA, which dropped December 9 alongside higher profile releases from artists including J. Cole and Ab-Soul.

“A lot of people asked me if I wanted to do it on that day and I was like yeah of course,” she explained. I believed in my fans and I believed my music has touched enough people that I’ll be alright. Clearly, it worked out because I charted so high. For me to be an independent artist and to do so, it’s great to move the needle.”

Featuring singles “I Know I Know” and “Nights B4 You,” SIYAvsSIYA is about the duality she sees in herself and the art she makes.

According to Siya, putting the project together wasn’t easy as she balanced filming Sisterhood of Hip Hop with recording. But she’s already used to it. Last year, she spent time working on the show and her first movie, Deuces, which is set to be released next summer.

“It’s cool and that’s what I signed up for,” she said. “I think I do a really good job at juggling my careers.”

For her first movie role, she’ll portray Diggs in Deuces starring Larenz Tate, Meagan Good, Lance Gross and La La Anthony. Siya says that Tate is actually the reason why she landed an audition spot for the Jamal Hill-directed film.

“Larenz Tate actually reached out to me because I met him at Jamie Foxx’s crib,” she said of the film that is also being produced by Queen Latifah’s Flavor Unit Productions. “He called and told me the role was originally meant for a guy but wanted to see how I could flip it. I went in for the read and they loved it.”

With 2016 almost wrapped up and a bright 2017 ahead, Siya is continuing to build the appropriate amount of momentum. And yes, she’s still advocating for the LGBT community as well.

“I’ve already been a great advocate for believing in who you are and never allowing anyone to make you feel uncomfortable about yourself or sexuality,” she said.