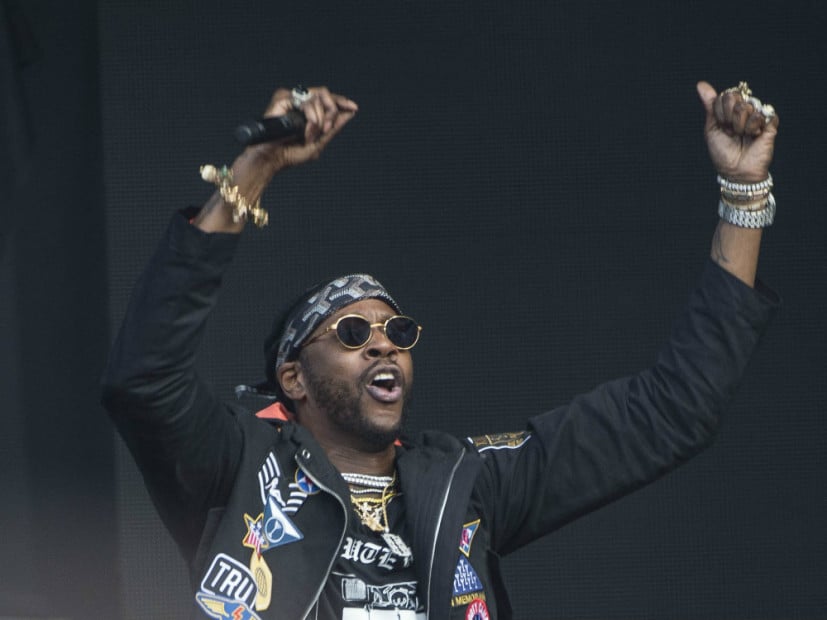 2 Chainz & Atlanta Hawks Are Closing Out 2016 With A Bang

Atlanta, GA – 2 Chainz is partnering with the Atlanta Hawks to celebrate the end of 2016 with a “T.R.U. to Atlanta” party during the team’s home matchup against the Detroit Pistons on December 30. 2 Chainz will be performing at halftime and at the end of the game. The Hawks will also be selling limited edition T-shirts featuring yes, two chains.

“I’m looking forward to hitting the floor to perform at the last Hawks game of 2016,” the rapper said in a press release. “I’ve been all around the world, but there’s no place like Atlanta and I can’t wait to feel the energy at Philips Arena.”

The team is offering a “2 Chainz 2-Pack” deal for two tickets to the game and two $10 concessions vouchers for $29.

Throughout the month of December, 2 Chainz has been hosting community events in the city with the team called “T.R.U. Tuesdays,” including a lunch giveaway at Benihana to honor Tity Boi’s Hibachi For Lunch mixtape. Hawks’ CEO Steve Koonin was in attendance and expressed his happiness in partnering with the hometown hero.

“We’re beyond excited to end 2016 with a 2 Chainz extravaganza, as Chainz is a homegrown superstar who, like the Hawks, is committed to entertaining and connecting to the Atlanta community,” Koonin said. “The donations he has made to veterans and families in need through the TRU Foundation are inspirational and further solidify him as a community champion with whom we are fortunate to partner during this season of giving.”

The Hawks recently hosted Gucci Mane where the Trap King performed and proposed to his longtime girlfriend, Keyshia Ka’oir, on the Kiss Cam.

View the Atlanta Hawks’ 2 Chainz T-shirt below and pre-order it here, and if you still need a dabbing Santa sweater, cop that here.