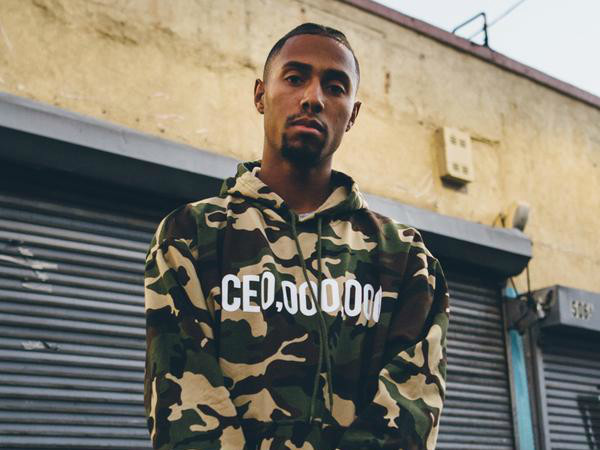 With today (November 11) serving as Veterans Day, Hip Hop offered its thanks to the veterans who have served this country with various shows of gratitude on social media, but one of the most generous acts came courtesy of Atlanta’s 2 Chainz and his CEO Millionaires clothing line.

The Instagram accounts for both 2 Chainz and CEO Millionaires announced a new initiative that will directly impact homeless veterans. Whenever an item is purchased from the new CEO Millionaires collection, a portion of that money will go directly to veterans in need.

A video for the new collection was shot on Skid Row and states the following about the importance of helping veterans:

“We dedicate our CEO Millionaires collection to the veterans across these United States of America,” 2 Chainz says in the announcement. “We want to uplift and provide for our veterans who have served our country and made sacrifices we cannot even begin to imagine…Many of our brave veterans returned home to nothing. And we need to change that. This is why when you purchase an item from our new CEO Millionaires collection, a portion of the proceeds will go to veterans in need. And keep them off the streets.”

2 Chainz, who declared that “money isn’t everything,” offered his thoughts in his Instagram caption on the collection’s goal to raise awareness.

“We gotta use these platforms for good,” 2 Chainz wrote. “Money isn’t everything but I can take my opportunities and turn it into opportunities to change lives. When you support this new @ceomillionaires collection you’re gonna be helping bring awareness to a problem we have in America.”

This comes at the end of a year where 2 Chainz used the $2 million in revenue from his Dabbing Santa Christmas sweaters to help out families in need.

Purchase a T-shirt, hoodie, jacket or backpack at CEOMillionaires.com.

Here are the other celebrities who have paid their respect on Veterans Day.

Happy #VeteransDay to all the men and women who have served our country! God bless you all! pic.twitter.com/Fj0KxHnnpR

Thank you to the men and women who serve the country and to all those who support them #USA #ThankAVeteran #VeteransDay pic.twitter.com/YLPsNWgWv8

To all those who have served – my father included – and those who continue to do so today, we honor you this #VeteransDay ??

Happy Veterans Day to all who have served, what you've done for far exceeds this day of recognition, I salute & love you all ??