Shirley Caesar Is Not Suing DJ Suede Over #UNameItChallenge Song (Yet) 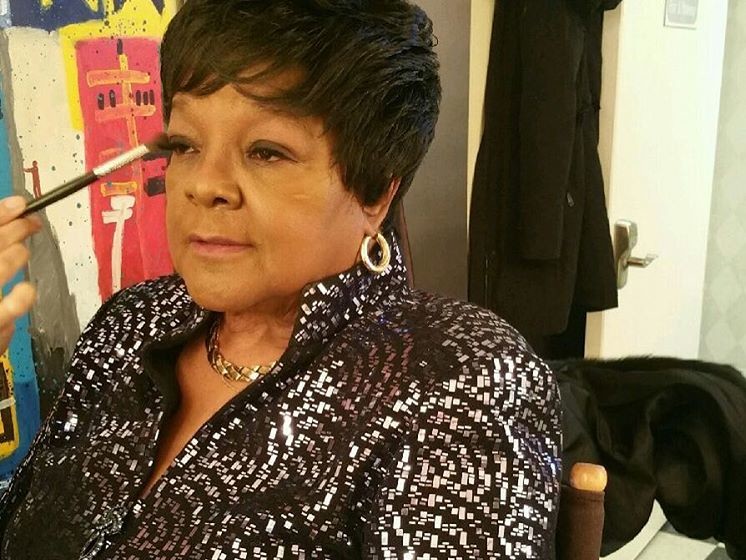 Lawrenceville, GA – Pastor Shirley Caesar and her legal team took to the Gospel singer’s Facebook to release an official statement clarifying news that she was suing DJ Suede over his remix to her “Hold My Mule”sermon. Suede sold the track on iTunes after using it to create the #UNameItChallenge song.

“Hello Family, I just got a call from someone asking me about a lawsuit; please be clear, there has been no lawsuit filed,” she writes in her Facebook post.

While she appreciated all the love she received from her sermon going viral, she didn’t appreciate the video DJ Suede released that highlighted “alcohol and negative imagery.” And she explains since DJ Suede and Empire Distribution refused to take down the video and song off iTunes at their request, she filed an injunction to force them to take it down and cease and desist sales of the song, which violates copyright and trademark laws.

She makes it clear that although she has not sued anyone, it is well within her rights to do so.

Read the full statement below:

(This article was last updated December 9, 2016 and is as follows.)

Not on Pastor Shirley Caesar’s watch! The Grammy Award-winning gospel singer is currently preparing to take DJ Suede to court over an unauthorized remix of her sermon-song “Hold My Mule” making its way to iTunes without her approval.

Accumulating millions of views on Facebook, the catchy Thanksgiving #UNameItChallenge tune became a viral sensation this year as a clip of the respected pastor singing about having beans, greens, potatoes and tomatoes during a sermon from a video uploaded to YouTube six years ago made the rounds on social media.

Her legal team claims the video led to more than $5 million in losses. “DJ Suede and his management were in conversations with her lawyer. They didn’t reach an agreement and they put it out anyway,” a member of the team revealed to CBS46.

Caesar didn’t appreciate the raunchiness that accompanied the RemixGodSuede’s version of the song, which featured twerking and alcohol in the remix video. Her lawyers say the clip “violate[s] the brand, image and name of a Christian pastor.” The only rendition she approved of was a version with Snoop Dogg, who had the decency to reach out to her team before creating and releasing his own respectable remix. Snoop and Caesar were reportedly in talks for a deal to bring any proceeds from Snoop’s version to a charity that feeds the hungry. Caesar’s team claims that DJ Suede’s version interfered with that.

The lawsuit was filed this week in Gwinnett County and accuses DJ Suede (born Keenan Webb), Jullian Boothe and Empire Distribution of releasing an unauthorized version of the cut.

In an exclusive interview with HipHopDX last month, DJ Suede responded to the backlash he received from turning Pastor Shirley’s song into something she would never approve of.

“I can respect the fact that she doesn’t want twerking and gyrating going on,” he said. “At the end of the day, they’re going to do whatever they want to the record. It’s one of those records that make you want to dance anyway.”

As of the time of this writing, the video and song DJ Suede remixed still available. The case will go to court on December 21.

Check out Snoop Dogg’s authorized version of the #UNameItChallenge song below.