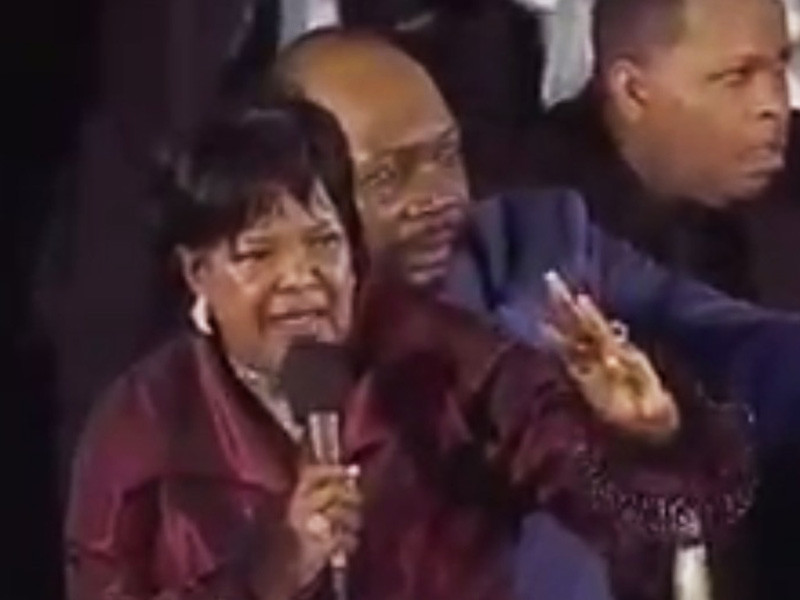 As if we needed help getting hyped for Thanksgiving, the viral #UNameIt challenge has certainly made sure everybody will be hungry for their beans, greens, potatoes and tomatoes in time for November 24.

The viral sensation arose after Instagram user RemixGodSuede remixed gospel legend Shirley Caesar and turned her sermon into one of the catchiest hooks of 2016.

The footage took off like crazy, with social media users all over Twitter and Instagram remixing the beat with audio and video footage. Our favorite so far has got to be the full Thanksgiving-themed verse that Ace Hood wrote and recorded for the beat, which you can watch in full below.

It contains such gems as “I’m on my way to my grandmother’s house, I know that you know what the hype is about … Get it together, grandaddy prayin’ he takin’ forever. You know that uncle who show up the latest, he make a few plates that he savin’ for later.”

The new thanksgiving anthem by #acehood??

Others have spliced the track with footage of Beyoncé’s live performances, or famous dance scenes.

The Beyoncé Edition ? • Tag 3 Beyoncé fans • Tag 3 Shirley Caesar fans • Comment a ?if you mother or grandmother is about to SLAY in the kitchen this year! ——————- Everybody kept asking me, "Where's Beyoncé?" Y'all know better than believe I would leave my girl out. Actually, she has her own video! ??‍♂️ Again, shout out to the genius @remixgodsuede and @daquan! The mix is available to listen to on SoundCloud! Contact @remixgodsuede for more! ——————– Happy Sunday! Praise the Lord saints! ?????? ——————– The Shirley Caesar video is an excerpt from a live performance of "Hold My Mule" which is LITERALLY an iconic standard in gospel music! Honestly, truly! ——————- #icomplexity #mashup #hoodclips #edits #followme #tagafriend #like4like #l4l #t4l #tags4likes #remixgodsuede #hitdemfolks #share #thanksgiving #family #turkey #blessed #love #shirleycaesar #beyonce #beyonceknowles #beyhive #beyoncealwaysonbeat #gospel #jesus #holdmymule #shirleycaesarchallenge #unameitchallenge @chrisbrownofficial @beyonce

Here’s the original video which, surprisingly, doesn’t seem to have anything to do with Thanksgiving at all. All we know is that we didn’t expect Shirley Caesar to drop the hottest hook we’ve heard in a while.

And just for good measure…