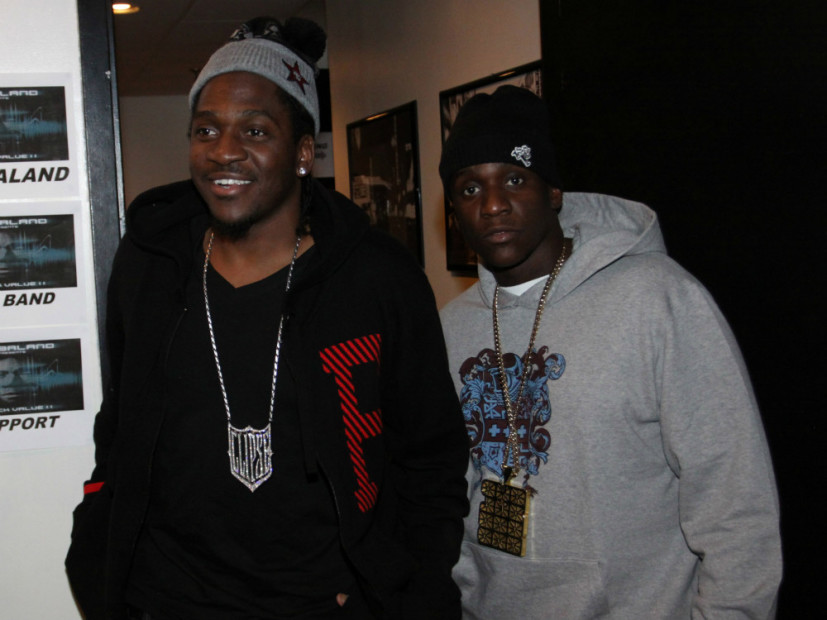 It was 10 years ago yesterday (November 28) that Clipse (Pusha T and No Malice) released its second studio offering, Hell Hath No Fury. While the pair split three years after its drop, the album — produced entirely by The Neptunes (Pharrell Williams and Chad Hugo) — is widely considered their best work together. During a recent interview with GQ, Pusha and No Malice took a look back at the project and once again spoke on the possibility of reuniting to make music.

The pair seems positive about getting back in the studio together one day.

“Beyond a shadow of a doubt, I know we can do it,” No Malice says.

“It would be an amazing album,” Pusha adds, though he admits it would be ultimately up to his brother. “We could totally conquer the world.”

While discussing Hell Hath No Fury, Pusha T labeled it “the realest Hip Hop album ever made” while admitting it was a mix of “angst, anger and ego” that fueled the project.

“We had the album of the year. It was a landslide. It was too vivid. The realest Hip Hop album ever made,” he said, before adding, “Angst, anger and ego fueled that album. We were egomaniacs. We felt wronged by the music industry.”

The album’s array of multi-layered tracks is, Pusha explains, what distinguished Clipse from its competition.

“If you mimicked Clipse at a surface level, you would only glorify the street culture because you didn’t really live it,” Pusha says. “There was a conscious element to our music. We always honed in on the artistic level of rap and Hip Hop as a whole. It wasn’t just, ‘Oh we out here selling drugs.’ That’s bland rap.”

Following on Pusha’s point, No Malice believes it was the duo’s sheer honesty on wax that made Hell Hath No Fury a modern day classic.

“It was real,” No Malice says. “We talked about exactly how we lived. Nothing was fabricated. Of course you can embellish things like 100-foot yachts, but you got a realism that was rare. You can fact check everything, and we come up clean.”

“I meant every fucking word on that album,” Pusha adds. “I really fucking did.”

However, three years after the release of Hell Hath No Fury, Pusha and No Malice went their separate ways, though the now-President of G.O.O.D. Music admits it’s still a huge adjustment making music without his brother.

“This is not where I envisioned myself not where I wanted it to go,” he says. “I came into this game with my brother and my best friend and that’s it, and now, I’m making music with good friends, but not the people I came in with. I’m not with my brother. Every aspect of what I love about this has been yanked away in some way shape or form…. I don’t have the fun of like really making music with like my best friends who live up the street from me.”

During a conversation with HipHopDX back in May, No Malice detailed the exact moment Clipse broke up. He describes making his decision to leave his brother after an incident on an airplane.

“I didn’t see my brother get on the plane, I knew what was up because we never miss flights,” he explained. “We were never late. We’re usually calling each other and double checking and all that. I hadn’t heard none of that. I’m sitting on the plane and at the very last minute he comes stumbling in the door. I stood up in the middle of the aisle in front of all those people on the plane and I told him, ‘Yo, I don’t know if you thought I was joking. I don’t know if you thought I was playing. I’m letting you know, I ain’t doing this no more.’ Pusha T will have a tendency to hear me but think, ‘I ain’t listening to that.’ I just let him know, ‘In case you didn’t hear me the first time, it’s a wrap.'”