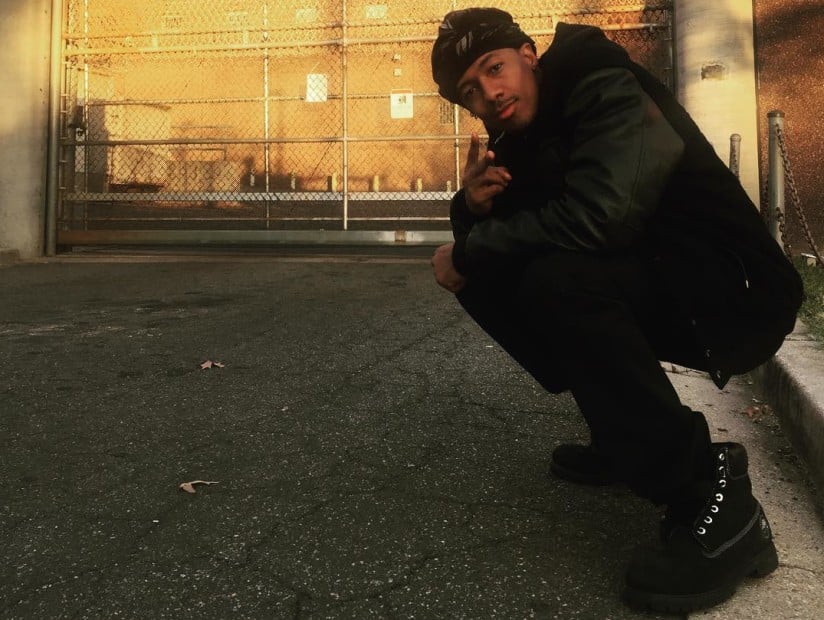 Fresh off his new mixtape, Nick Cannon reveals to The Breakfast Club he contributed a bar to Kanye West’s featured verse on Rhymefest’s “Brand New” off his 2006 album Blue Collar.

The project hit #10 on the Billboard Top R&B/Hip Hop Albums chart and was critically acclaimed, even garnering a 4 out 5 stars on HipHopDX.

“I ain’t never wrote no smashes, but I’ve been in the Kanye camps early on,” Nick says. “I was there doing ‘Gold Digger.’ I wrote the bar for Kanye, ‘We don’t need to stunt/I make black history every day, I don’t need a month.’ That was me. Kanye’s bar. Stuff like that. That’s why I love Kanye and his movement because he knows how to make great music, great songs. That ego doesn’t get into the art form. He’s like, ‘If somebody say something dope, let’s get to it.’ Being a part of that process, I’ve learned so much from him in making songs because anybody can get in front of a mic and spit bars, but to create a song, that’s a true talent.”

It’s not unusual for ‘Ye to allow for those around him to be part of the process of creating his musical projects. He’s known for having a long list of writing and sometimes producer credits to those who’ve helped contribute. His 2014 record “All Day” had 31 named contributors including Paul McCartney and Mario Winans (Yes, “I Don’t Wanna Know,” Bad Boy, Mario).

Upon Cannon releasing The Gospel of Ike Turn Up; My Side of the Story, a 17-track project featuring Jeremih, Quavo and K. Michelle, he also revealed in the interview that he has a little one on the way with Brittany Bell. This will be his third child, including twins with divorced wife Mariah Carey.

Watch Nick Cannon’s full interview with The Breakfast Club below.