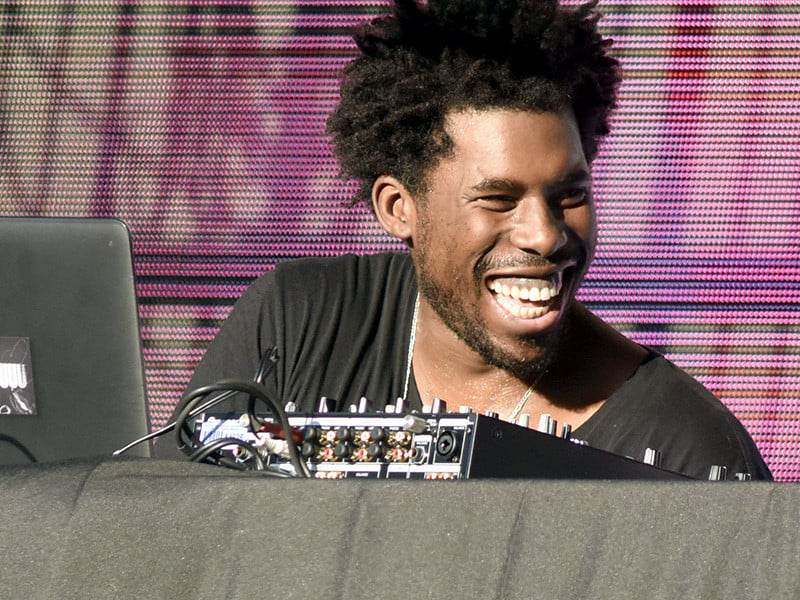 Growing up, Flying Lotus‘ first love was film, and music and art were always close seconds. While he has scored movies in the past, the Grammy-nominated producer and rapper has been working on a film of his own for a while now, and it seems his two passions have finally collided with a proper feature film debut. Titled Kuso, the project is the full length version of his short film, Royal, which sees its proper unveiling tomorrow (November 16) in London.

According to a series of Twitter posts, the Los Angeles native is still putting the finishing touches on the project, but has confirmed comedian Hannibal Buress, Tim & Eric‘s Tim Heidecker, and Chappelle Show regular Donnell Rawlings are cast in the film.

Crazy, that me and @hannibalburess always find a way to work together. He killed it in Kuso tho. The whole cast is awesome

Parliament-Funkadelic mastermind George Clinton is also making an appearance in Kuso and according to another Twitter post FlyLo made, Heidecker is playing the “creepiest character he’s played thus far.”

Considering some of FlyLo’s previous film work, Kuso can be expected to be just as dark, weird and twisted as the short film he scored in January of this year, FUCKKKYOUUU, or 2014’s A Portrait Of Noomi Rapace, which he also scored. Not surprisingly, Kuso boasts new music from Captain Murphy (his Hip Hop alter ego), Aphex Twin, longtime friend Thundercat, and Akira Yamoaka, who scored the Silent Hill video games. Eddie Alcazar, who collaborated with FlyLo on FUCKKKYOUUU, will produce Kuso, as well.

FlyLo is clearly anticipating Royal‘s debut and those lucky enough to attend the London screening are undoubtedly in for a strange, but enticing treat. No official releases date for Kuso has been announced.

The @Brainfeeder films event in London tomorrow is gonna b awesome. Happy to be bringing Royal to u!