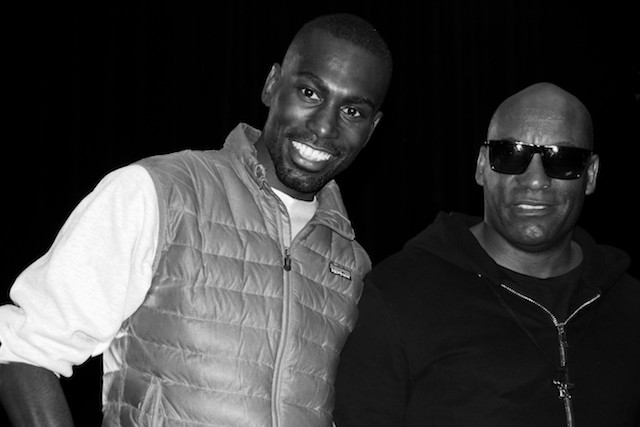 John Singleton Disses Tupac "All Eyez On Me" As A Film, A Biopic & As A Production

Long Beach, CA – As the 20th anniversary of Tupac Shakur’s death and opus All Eyez on Me still permeates 2016, an air of excitement has revolved around the unreleased biopic that chronicles the rap legend’s.

One iconic film director unamused by developments is John Singleton according to a recent Creative/Director conversation with civil rights activists Deray Mckesson during last weekend’s ComplexCon at The Long Beach Convention Center.

Singleton even said he refuses to watch trailers for the film, which finally found its director in Benny Boom after two decades of production talks.

“I haven’t watched it and I refuse to watch it,” Singleton tells HipHopDX. “I know that they fucked it up so I’m not even trying to give it any attention.”

While speaking with Mckesson about his history as a filmmaker, Singleton gave insight into his attachment to the Tupac biopic and why things fell through.

“I didn’t want to make it for many, many years,” he explained during the panel. “First of all, people wanted the story to be told, but I was so close to him. I was too close to tell the story of it. You have to remember, at first we had a working relationship and then a brotherhood.I saw other directors come on and something clicked in me saying I wanted to do it. I told the company if y’all muthafuckas want to do this, you gotta get the fuck out my face and let me do this movie.”

The Boyz n the Hood director wanted to ensure his big screen take on Pac was taken absolutely seriously.

“Serious, his soul wasn’t going to rest unless this film was done right,” Singleton said during the Creative/Director conversation. “It’s not about just some rapper. It’s about a dude who was raised to be a revolutionary. He may not have been the next Malcolm X, but he had the potential to be a great leader in this country. He didn’t want that responsibility and was taken down by a lot of different forces that a lot of people really don’t know about.”

After Singleton dropped out of the director’s chair and the film went into development limbo, he returned a few years later when producers wanted to get production ramped up.

“I did the research which was talking to everyone around him who lived it and selectively piecing together their memories and my memories cause everyone wants to make Pac who they wanted them to be,” he recalled. “They want to make the Tupac story that involves them and not the Tupac story. I did a great script and I thought they were going to go forward with it, but because I’m so mouthy and opinionated, some people don’t like to work with a black man in Hollywood who has an opinion. I knew they weren’t going to make a good movie at all and they didn’t.”

Although Singleton won’t be making a film on his slain close friend in the near future, he has found an interest in television and praised Donald Glover’s breakout FX series, Atlanta.

“One of the best things that I think out right now out of any media right now is what Donald Glover is doing with Atlanta,” he said. “The show shows how there a multiplicity in Black America. There are hood folks, intellectuals, different people living various lives. They’re not archetypes. They have color to them. All of them are black and sophisticated.”

Singleton also detailed to us has his own television shows that are currently in development.

“I have Snowfall which is an L.A. based show in the early 80s,” he tells DX. “I got Rebel which is set in Oakland featuring a black woman detective and that’ll be straight from the headlines.”

The All Eyez On Me trailer can be found below.