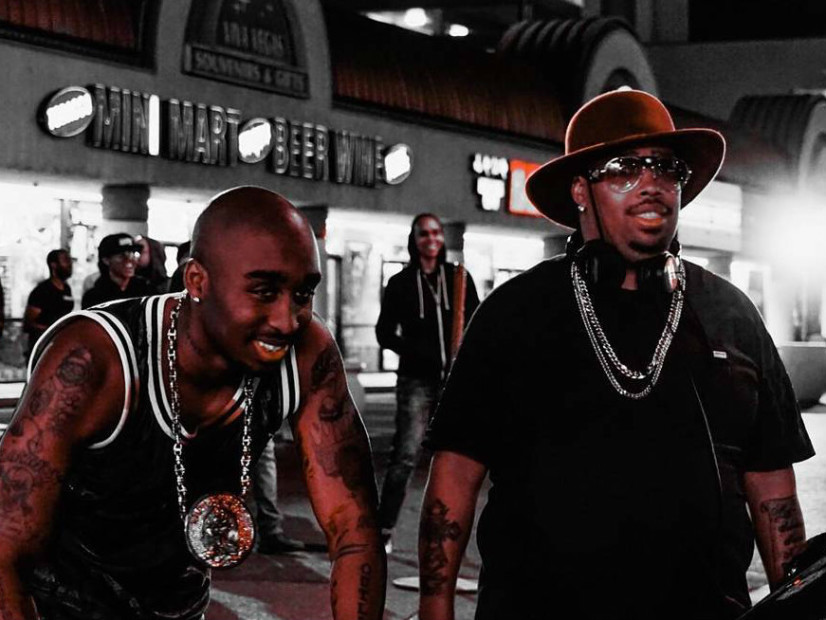 The Tupac biopic All Eyez On Me seemed full steam ahead when the official trailer was released last month on the West Coast legend’s 45th birthday.

Now, however, there is reportedly a hiccup in the movie’s release schedule as Daz Dillinger and BMG publishing are fighting over the rights to “Ambitionz Az A Ridah,” according to TMZ. The opening track to Tupac’s 1996 album that has the same name as the movie is produced by Daz Dillinger and is supposedly heavily featured throughout the movie. The film is produced by L.T. Hutton and directed by Benny Boom.

The site says that All Eyez On Me‘s release to theaters has been pushed back from September to November to give Daz and BMG time to work out their differences as both claim they have the exclusive power to approve the song for the film.

Tha Dogg Pound rapper posted a video on Instagram to refute the story.

“Just seen that TMZ shit,” he says. “Ain’t nothing derailed about that Tupac All Eyez On Me movie. My homeboy L.T. Hutton, Benny Boom full blast with that motherfucker. It’s D-A to the Z. All eyes on, you know what I’m saying? BMG, eOne, muah, you little pretty bitch.”

Hutton reposted Dillinger’s video to his own Instagram page.

“ALL GOOD!!! STOP ASKING ME ABOUT NON SENSE PEOPLE WE GOOD#alleyezonme #tupac @truthabouttupac @alleyezmovie” he writes for the caption of the clip.

Daz sued BMG in April for more than $75,000 in unpaid royalties.

Dillinger is also working on a movie called DPG 4 Life to tell the story of Tha Dogg Pound. Curtis Young, who is set to play his father, Dr. Dre, said in August that the filmmakers were still seeking funding and a director at the time.