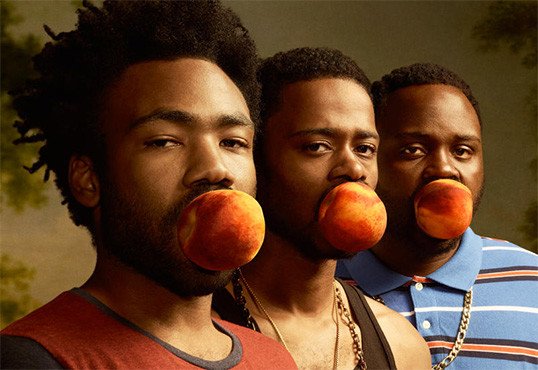 Donald Glover has scored the perfect one-two punch this week. Just days after we were calling his Pharos Experience “the most innovative live show of the decade,” here we are again, heaping praise on his new FX television series.

The first episode aired Tuesday night (September 6) and hit on all of the tones it set out to achieve, at times dreamlike, poignant and hilarious.

And it’s not just us praising the show. Across the board, critics and viewers are loving it. The morning after it aired, it had a score of 91 based on 33 critics on review aggregator Metacritic, with all 33 reviews being positive.

Scroll down to see some reaction from Twitter, as well as some quotes from some notable outlets.

It was a fantastic start though. Great points made and it was hilarious all the way through. #AtlantaFX

“Rumors of the series being an ethnic version of It’s Always Sunny In Philidelphia were laid to rest. African Americans have more options for quality television unseen since the late ’80s/early ’90s and one can place Atlanta within the same pot as upper echelon shows “Power,” “Black-ish,” “Insecure,” “The Get Down” and “Queen Sugar.” The contrast of overtly hilarious and super serious moments were in abundance from what was shown.” — HipHopDX

“Donald Glover’s Atlanta, about a young, poor man on the fringes of Atlanta’s hip-hop scene, and Pamela Adlon’s Better Things, about a middle-aged actress in Hollywood, are the best new sitcoms of the fall and high-water marks for half-hour, auteur-driven TV comedy.” — Vulture

“What makes it all work is that aforementioned vibe, that sense that permeates the show of Glover painting a very particular slice of life, in a story that exists only to tell that story honestly and at a pace that seems real, not manufactured for a TV series. Even the smallest moments here, brought to life like an indie movie through the directing aplomb and vision of Hiro Murai (who’s also a producer and directed the first four episodes made available to critics), seem naturally to sidestep what you think is coming.” — Hollywood Reporter

“Although they’re at the center of the action, Earn and Albert and Darius also remain unexplained. Glover and his writers (including brother Stephen Glover) have a distaste for exposition or for providing context or motivation more aggressively than life does. Backstory is revealed only fleetingly; there is an undeveloped reference to “Princeton” as a place Earn had been, but if you look away for a second you can miss even that.” — LA Times

“The story is a nod to how vast and global a business rap has become, a point that “Empire” has plated in gold. All the more reason it’s a delight to find “Atlanta,” an idiosyncratic hangout with a crew whose members, in a genre that lionizes making it big, would be glad to make it medium.” – The New York Times

“It’s tempting to jump to conclusions about bad neighborhoods (and what typically occurs there on other TV shows), yet “Atlanta” immediately and effortlessly imbues its environs with a tender sense of home and community, where hardship is a backdrop rather than an agenda item.” – The Washington Post

The full first episode can be viewed here.