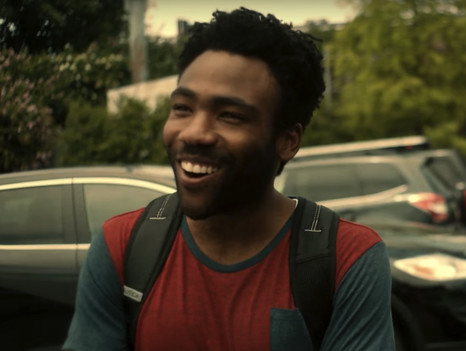 Donald Glover To Take Fans On Journey To Galaxy Far, Far Away As Lando Calrissian In "Star Wars"

by Cherise Johnson
5
A Galaxy Far Far Away -

The epic news announcement was made today (October 21) on StarWars.com.

Hello, what have we here? Donald Glover is Lando Calrissian in the untitled 2018 Han Solo Star Wars Story. https://t.co/ChueOBd0fv pic.twitter.com/54JOBM1P9K

The 33-year-old thespian, aka Childish Gambino, is slated to join Blue Jasmine actor Alden Ehrenreich, who was cast to play Han Solo, in bringing the two incredible Star Wars characters back to the silver screen. Phil Lord and Christopher Miller will be directing the flick.

The yet-to-be-titled movie will show Lando during his most susceptible years and depict his transformation growing up in the galaxy’s underworld. This is set years before the adventures involving Han, Leia, and Darth Vader were put on display when Calrissian was introduced in the second installment of the 1980 Star Wars trilogy The Empire Strikes Back. The original friend of the rebels was played by Billy Dee Williams.

“We’re so lucky to have an artist as talented as Donald join us,” Lord and Miller said in the official announcement. “These are big shoes to fill, and an even bigger cape, and this one fits him perfectly, which will save us money on alterations. Also, we’d like to publicly apologize to Donald for ruining Comic-Con for him forever.”

The Grammy-nominated artist currently stars in the FX comedy-drama Atlanta about two cousins trying to find their way into the city’s trendy music scene. Glover will also be starring in the upcoming Spider-Man: Homecoming and was in the Ridley Scott-directed Academy Award-nominated film The Martian last year.

The Star Wars film starring Glover as Lando Calrissian is set to hit theaters in 2018.