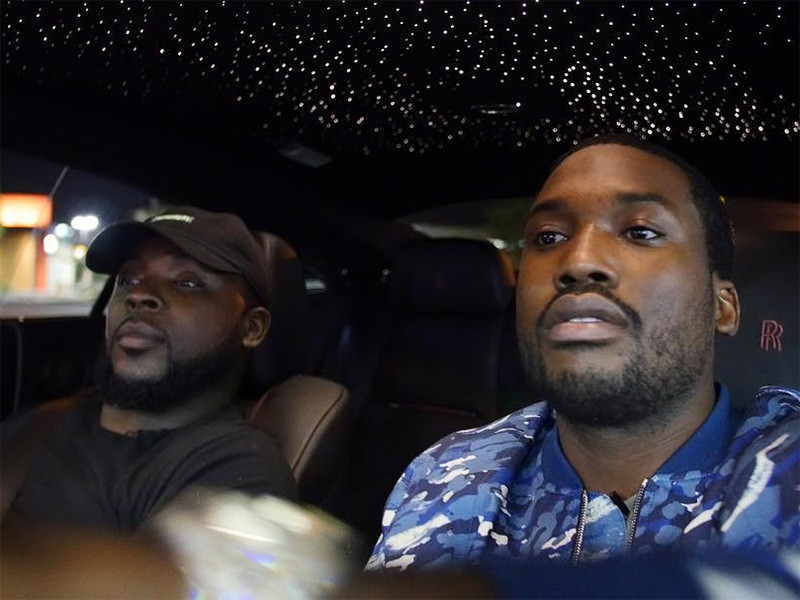 The feud between Meek Mill and Drake may have hit the internet with the swiftness last year, but according to Meek, the fallout with Drake began long before he came for the Canadian MC’s jugular on Twitter.

In addition to Drake providing no push for Meek’s “R.I.C.O.” record, which he appeared on, the Philly rapper revealed that the Young Money MC made him look like “a fraud” when he didn’t fulfill his promise to attend Meek’s hometown concert.

“I just be saying what I really feel. It wasn’t the first time I said that,” Meek Mill said about his ghostwriting claims against Drake. “And we kinda had a relationship … I ain’t seen him since I came home. I probably was home for a year. You know, me and Nicki’s situation, boom. I ain’t ran into you yet … My shit dropped. He was on my shit. I kinda really pressed for that verse. And it really came from Trav. Trav was like ‘Yo, cuz. You gotta kill all that feeling. This, that, and the third about this nigga. And handle business.’ You right. We do need that. And we got that. But at the same time, my shit was coming out like a week later. It wasn’t nothing.

“Everything was kinda different,” he added. “I had a show in Philly. He was supposed to come to my show. They said they ain’t know about it. This an arena with 30,000 people. And this something you ain’t know about? I had that shit set up for four months.”

Later in his interview with Taxstone, Meek shared the reason why he didn’t respond to Drake’s “Back To Back,” which he felt was “a hot record,” and also explained why he was hesitant about responding to The Game’s disses.

“I was on tour at this time when all that shit was going on,” the rapper said. “‘Back To Back.’ And when I record, I don’t really record like that. And I always move at my time. Even with Game, I wasn’t even gon’ make no diss record. But Omelly FaceTimed me in the studio with Beans. They said ‘come through.’ I just pulled up. If you notice, I’m on the third verse. I wouldn’t have no diss records towards a nigga dissing me. And I’m on the third verse.”

Listen to Meek Mill’s nearly two-hour interview with Taxstone below.