Pusha T Says Prison System Is "Tearing Up Our Community" 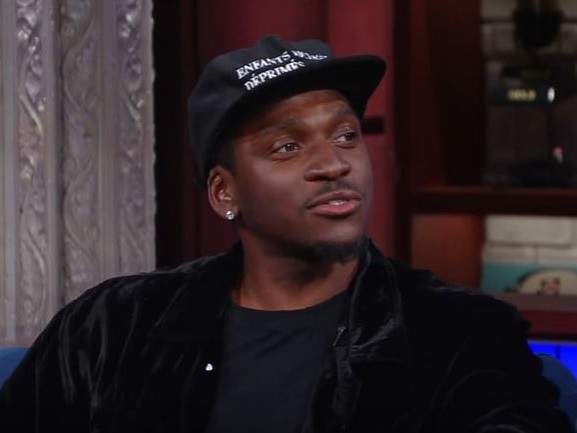 With the 2016 presidential election only 10 days away, Virginia rhymer Pusha T has continued to make the rounds in support of Hillary Clinton.

Most recently, the Clipse spitter appeared on The Late Show with Stephen Colbert to speak on both his music and the upcoming presidential election.

After telling the story of almost losing the iconic “Grindin'” beat to Jay Z and confirming his involvement in penning the McDonald’s “I’m Lovin’ It” jingle, Pusha gets into some political talk.

Pusha recalled meeting Clinton via FaceTime through Karen Civil, and later expressed his confidence in the former Secretary of State’s ability to continue with the legacy of prison reform President Obama helped pave the way for.

Pusha T also expressed his dismay at felons not being allowed to vote in certain states and called for change.

“You can’t vote. You can’t get grants. It’s like you keep paying forever. We have to change that,” the rapper said.

Months ago, T.I. outlined ways for felons to vote, which included re-registering.

“This is something that most people don’t know. As long as you are not serving any sentence or as long as you are not on any probation or anything, if you’ve completed your term, you’ve served your debt to society, you can re-register,” T.I. said, while speaking with TMZ in April.

Watch video of Pusha T speaking on prison reform and Hillary Clinton below.