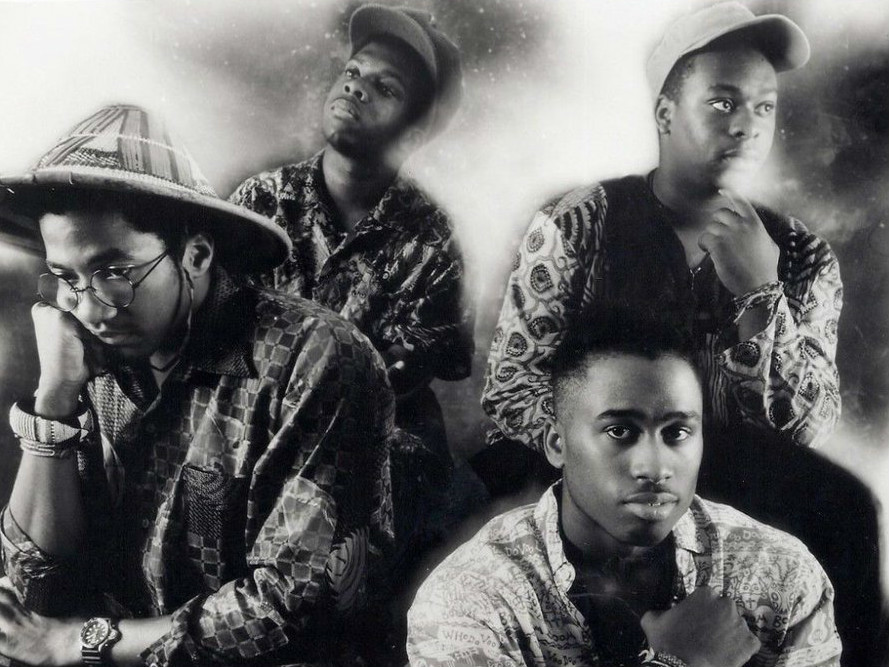 With the gloom of the presidential election results looming, Hip Hop fans can brighten their day by getting excited for A Tribe Called Quest’s We got it from Here… Thank You 4 Your service album release this Friday (November 11).

The legendary group revealed the tracklist as the project is now available for pre-order on iTunes. The LP is made up of 16 songs split into two discs. The features are not listed, but it has been reported that Kendrick Lamar, André 3000 and Stevie Wonder will appear on Tribe’s final album. The project will include new Phife Dawg material that was recorded prior to his death in March of complications due to diabetes.

Tribe also changed the cover art for We got it from Here… Thank You 4 Your service. Check that out and the tracklist below.

(This article was last updated November 3, 2016 and is as follows.)

A Tribe Called Quest is preparing to make its swan song with the release of We got it from Here… Thank You 4 Your service.

The group’s official Twitter account shared the album’s cover art less than a week after announcing the project is set for a November 11 release.

The We got it from Here… Thank You 4 Your service cover art pays homage to Tribe’s sophomore album, The Low End Theory and brings the project into the modern era with a woman taking a selfie.

Pre-order We got it from Here… Thank You 4 Your service here and check out the cover art below.

In August, Epic Records exec L.A. Reid teased all of us by revealing that A Tribe Called Quest had one more album to put out after founding member Phife Dawg passed away in March.

Today (October 27), Q-Tip confirmed a Hip Hop fan’s greatest dream, that the group did in fact reunite for a final album. The New York legend posted a handwritten note to A Tribe Called Quest’s social media to share that the four members, including Jarobi White and Ali Shaheed Muhammad, felt inspired by performing together for the Tonight Show with Jimmy Fallon a year ago and also touched by the Paris bombings. So they hit the studio and cooked up the final A Tribe Called Quest album.

The project features Busta Rhymes and Consequence and is set for a November 11 release date when “we will complete our paths of rhythm.”