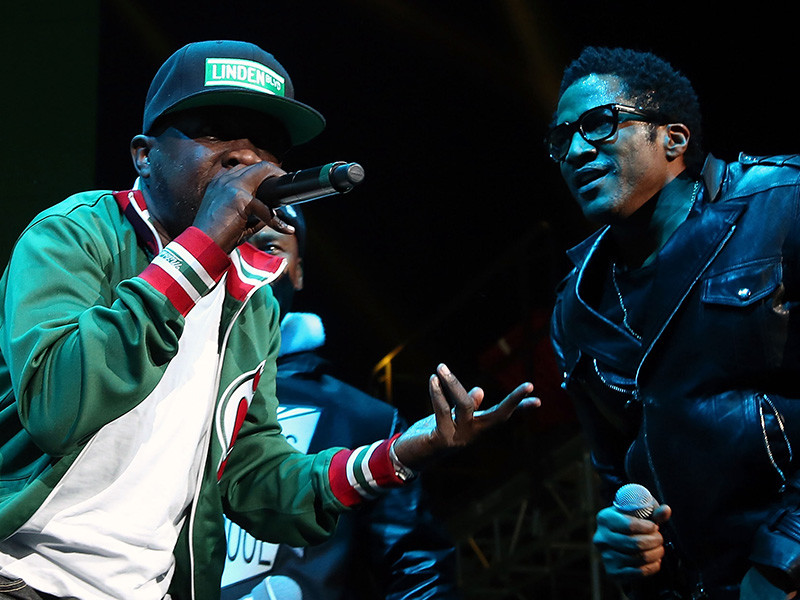 As part of an emotional interview with the New York Times, rapper/producer Q-Tip touched on his once-troubled relationship with fellow A Tribe Called Quest member Phife Dawg.

Although Tribe’s upcoming album, We Got It From Here, Thank You For Your Service is due out November 11, Tip explained that while working on the project, Phife appeared to be more concerned with repairing the relationship between the longtime friends.

“I really believe he did the traveling back and forth, not for this record, but to make sure that me and him, Malik and Jon, were OK,” Q-Tip said. “Not Ali. Not Jarobi. He came to my house to make sure that he and I were OK.”

Q-Tip also recalled his last conversation with Phife, a phoner in which Phife expressed his excitement at a potential track.

“Yo, make sure you send me that beat. I’ve got to put some verses to it. That beat is fire!” Q-Tip recalled Phife saying, mere hours before his death. The Five Foot Assassin passed away from complications due to diabetes in March.

“It’s so hard for me to sit in there and hear his voice,” he added. “Sometimes I just have to like take a break and walk away. It gets heavy. It doesn’t necessarily get sad, it just gets heavy. I literally feel the energy from him when I hear his voice.”

The chemistry between Q-Tip and Phife was later detailed in the New York Times piece by Busta Rhymes (one of the guests on the upcoming We Got It From Here, Thank You For Your Service, along with Andre 3000, Kendrick Lamar, Elton John and Jack White), who recalled the duo flaunting a “young” and “invigorated” vibe.

“I seen them laughing and joking and high-fiving, and you can just see that young, invigorated ‘We’re-just-getting-our-first-opportunity-to-do-this’ energy again!” Busta said. “I hadn’t seen Phife that happy since we were kids.”