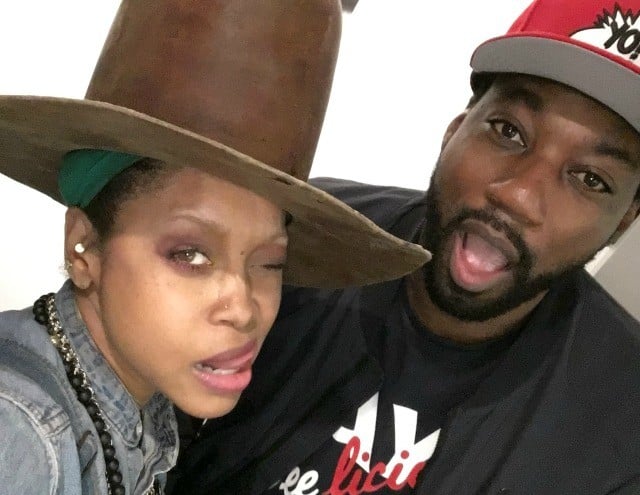 Los Angeles, CA – Much to many people’s surprise, the year’s third quarter is looking like D.R.A.M. will be crowned the victor but one of his famous debut album guest stars had the vision he would be something special well before his hit single “Brocolli” went double platinum.

That star would be Erykah Badu and during an appearance on Beats 1, Carl Chery, Head of Hip-Hop & R&B programming, said a casual conversation with the veteran R&B songstress led to the creation of the record, “Wifi,” only one of three guest appearances from the Big Baby D.R.A.M. debut.

“What’s really special about this record is I actually connected [Erykah and D.R.A.M.],” Chery revealed to host Zane Lowe after he premiered “Wifi” on the station. “We had a meeting with Erykah Badu last year when were talking about putting out her mixtape exclusively and we were talking about music and she’s like, ‘You know who I love? I like Draam’ and I’m like ‘D.R.A.M.?’ and she’s like ‘Yeah, he’s the truth!’

After hipping D.R.A.M.’s manager Tunde Balogun to the potential collaboration, the two visionaries got into the studio and just like that, “Wifi” was born. The revelation comes in the aftermath of Badu crediting Drake’s “Hotline Bling” with recharging her musical battery — a song that has largely been attributed to being derived from D.R.A.M.’s first hit, “Cha Cha.”

As the music industry’s streaming wars continue to divide and conquer with emphasis on the latter, the companies are getting more competitive (and creative) with exclusive rollouts for artist’s material. Through Apple Music, Chery has been connecting the dots to provide rap fans with transcendental projects since the Beats Music merge of 2014. Much like the encounter that resulted in D.R.A.M. and Badu crooning about the signal bars on their phone, it was Chery’s connections and insight that allowed for him to handpick Bryson Tiller out of the sea of Internet artists and eventually premiere his debut studio album T R A P S O U L on Apple Music, which was proceeded by critical acclaim and platinum certification.

Likewise for Chance The Rapper’s last string of releases — 2015’s Donnie Trumpet & The Social Experiment Surf album and this year’s breakout (and potential Grammy nominee) Coloring Book — which were both premiered by Apple Music underneath Chery’s direction.

In a July 2016 profile with Buzzfeed, he elaborated on his process for breaking new records and albums, which appeared to be a natural instinct.

“It’s hard to describe because it’s more of a feeling or instinct,” he said. “It kind of just happens. You sit there and you start moving and just do it.”

Although the album was just released this morning (October 21), Big Baby D.R.A.M. is expected to make an indentation of the Billboard 200 charts. HipHopDX will provide the first-week sales projections and official totals the moment they become available.