Jaheim Faces Wrath Of Charlamagne & The Internet Thanks To New Hairstyle 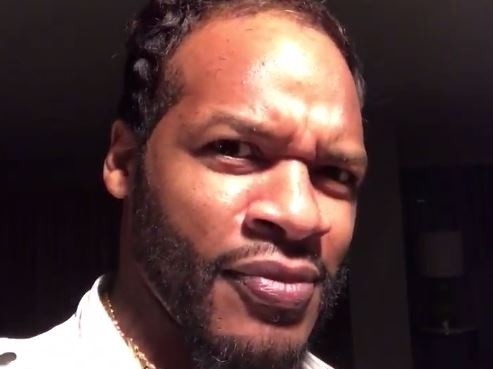 The internet was given mere weeks to simmer down from the slander provided to Yung Joc, before being blessed with a new victim rocking a questionable hairstyle.

The latest target for internet fodder is Jaheim after he debuted his new ‘do on social media.

Jacksonville FL I am very happy to be here #EddieMurphy

Here’s some of the slander and Jaheim’s responses.

He even had an answer for Baller Alert.

After engaging in a war of words with those on Twitter, the singer was named Donkey of the Day by Power 105.1’s Charlamagne Tha God.

The Breakfast Club host did give credit to Jaheim for his “Struggle Love” record and his ability to slay a Tom Joyner boat cruise, but was unimpressed with the singer’s choice of hairstyle.

“I am highly amused by Jaheim saying he misses struggle love because yesterday on social media Jaheim displayed a hairstyle that looks like someone’s still going through the struggle…He just got his hair laid,” Charlamagne said. “And he is in bed with the silk bonnet on. If you don’t got a silk bonnet on, he slept with his hand on his neck to not let his head touch the pillow.”

Charlamagne went on to clarify that Jaheim’s hairstyle, which he suggests should have been more “Halle Berry pixie cut,” was not the reason why he was given the not-so-coveted title of Donkey of the Day.

“Now, the reason Jaheim is getting Donkey of the Day is not because of his hairstyle,” the radio host said. “He’s a grown ass man. He can wear his hair however he wants…The reason he is getting Donkey of the Day is because all day yesterday and even right now…he’s been going back and forth with a bunch of people. Probably 80 percent kids. About his hair on social media.”

Jaheim issued a clapback, informing Charlamagne that he’s prepared to beat the radio personality until he’s “the color purple” over his remarks.

When I see you face to face it's on sight bro! I'm not calling no names and who ever w/you can get it. I smack Jockeys and KO pussies that come at me indirect facts! Nothing or no one can save you. I'ma beat you the color purple I'ma come to your work place you have to see me. You've been chosen to put these healing gloves on that ass big mouth chump. U gone learn today. #strugglelove

And a back-and-forth with the radio personality ensued.

Everything seems to have simmered down. Jaheim’s last tweet to a hater was two hours ago and even if he starts chirping back again, you get the point.