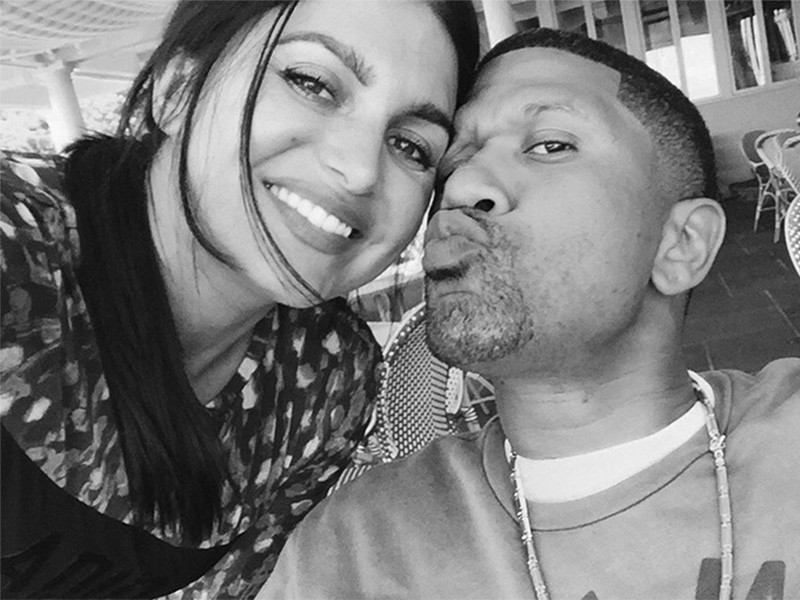 For modern-day public figures, being mentioned in an Eminem verse is little more than a rite of passage. From Dick Cheney to Colin Kaepernick, just about anybody who has spent any meaningful time in the headlines has also worked their way onto Slim Shady’s notepad.

Rapping about his “fondness” for Qerim, Em spits “But then I think of Molly Qerim and I steer ’em in that direction and forget my ideas for them/ Molly, I’m gone off you/ Man, light some kush/ You’re my first take, I’ll nail you/ Can’t lie, I gush/ If I won you over, you would be the grand prize/ I’m entranced by your looks/ Come and give the Shady franchise a push.”

During his latest Jalen & Jacoby Show podcast, Rose offered a glowing review of Eminem’s new track: “It’s really long, but I made it through the end. And I’ve heard it multiple times. It’s fire. Bars. He mentions Molly Qerim, and I have people hitting me up thinking that it’s some sort of diss towards me. Eminem is one of the greatest rappers of all time. He’s a fellow Detroiter. We are 100. That’s how we do it.”

“She’s educated, talented, and beautiful — a public figure that’s doing a terrific job on a really popular show called First Take. So guess what’s going to happen? She deserves to have so many people giving her positive attention and props. That’s love!”

His podcast partner David Jacoby seemed to agree with him, saying “It’s not disrespect if someone else finds your significant other attractive.”

Qerim herself has yet to respond to the lyrics.