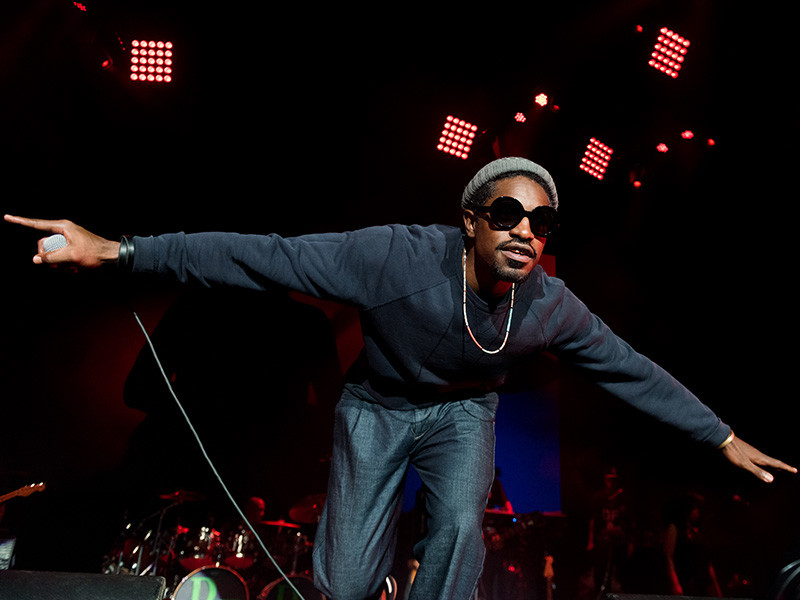 When Outkast reunited for a Dungeon Family performance in Atlanta last month, it was the first time Big Boi and Andre 3000 had shared a stage in nearly two years. To fans, it opened up the possibility that maybe — just maybe — there could be new Outkast material on the horizon.

Sadly, that moment was fleeting when Three Stacks’ rep quickly shot down swirling rumors about a Gucci Mane and Outkast collaboration. Since his release from prison, Guwop has been unstoppable and said that he’d recorded eight features in a single day, jumping on tracks for Lil Wayne, Diplo, Boosie, 2 Chainz, Peewee Longway, Quavo and naming Outkast, which was quickly corrected by the rapper’s representative.

Thankfully, Andre is still as active as ever, as the legendary MC has been popping up on some of 2016’s most coveted projects, including Frank Ocean’s Blonde and Kanye West’s The Life of Pablo. Erykah Badu’s baby daddy also surfaced in the studio with Kaytranada, was backstage with West, and is listed as a guest feature on Kid Cudi‘s new album, Passion, Pain & Demon Slayin’ (“By Design and “The Guide”).

Check out a few of his most high-profile appearances this year below.

Andre plays background vocalist to West’s song, which is essentially about his daily routine. From working out (“all chest, no legs”) and getting smoothies to attending Victoria Secret fashion shows, it’s just another day in the life of Kanye. Although barely noticeable, Mr. Benjamin was credited for lending his voice to the lush track.

Frank Ocean had one of the most highly anticipated albums of the year. After multiple delays, Blonde was finally released in August and was privy to another Andre contribution on the reprise of “Solo.” Andre murders his verse in less than two minutes. There was talk he was dissing Drake because he questions ghostwriting, but it was revealed that Three Stacks’ verse was written well before that saga ever started.

Travis Scott, “The Ends,” Birds In The Trap Sing McKnight

Three Stacks rolls through again on “The Ends” from Travis Scott’s critically acclaimed album, Birds In The Trap Sing McKnight. While it’s another short spurt of output, Andre continues to show what makes him so sought after in the first place.

On the sultry “Decemba,” Andre kicks a couple of explicit verses, which seem to tap into his more primitive side. $ilk Money spits his XXX-rated verses and seems to set the tone for Dre to toss his two cents in on the subject.

Solange, “Junie,” A Seat at the Table

Mr. Benjamin contributes some extra soul to Solange’s funky tribute to the legendary Junie Morrison. He is not officially credited as a feature, but his signature vocals can’t be mistaken on the high-pitched chorus.

The way things are going, there should be a lot more from Andre in the extremely near future.