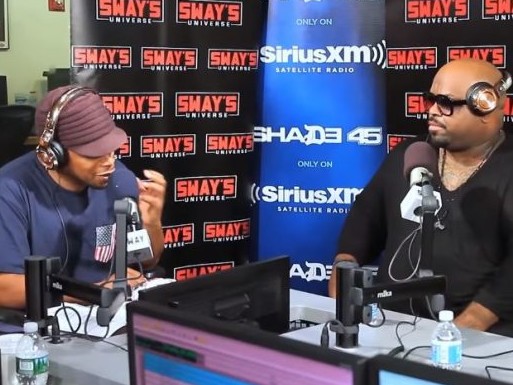 CeeLo Green: Andre 3000 Was Not Talking About Drake On Frank Ocean's "Solo (Reprise)"

On Frank Ocean’s Blonde, there’s a verse from Andre 3000 on a song called “Solo (Reprise)” that a lot of people assumed contained some lines aimed at Drake. However, in an interview with Sway In The Morning, CeeLo Green revealed that Dre’s verse was actually written over two years ago.

In the song 3 Stacks raps, “After 20 years in, I’m so naive I was under the impression that everyone wrote they own verses, It’s comin’ back different and yea that shit hurts me, I’m hummin’ and whistlin’ to those not deserving, I’m stumbled and lift every word, was I working just way too hard?”

Many speculated it was Drake he was going after on the song in light of the ghostwriting allegations that have not-so-much plagued the 6 God’s career since the big reveal by Meek Mill last year. It’s clear by Drizzy’s sales that the concern over him writing his own raps is close to minute at this point.

Elsewhere in the interview, CeeLo announced that Andre 3000 will be a part of the Dungeon Family reunion at the upcoming ONE Music Fest on September 10th, in Atlanta.

Watch CeeLo’s interview on Sway In The Morning below.