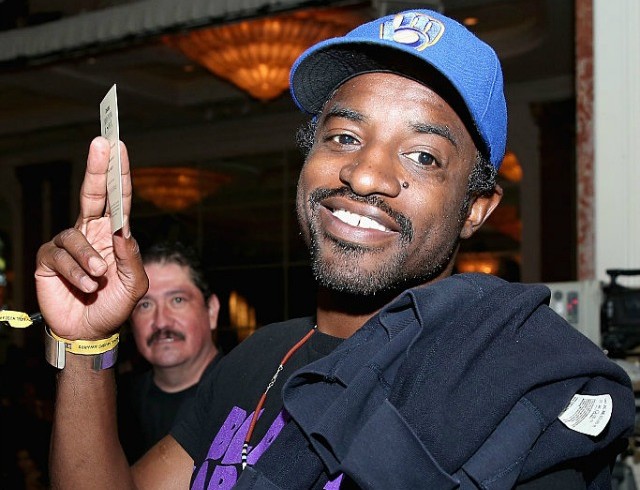 Andre 3000's Swipe At Drake Proves Ghostwriting Doesn't Matter ... But Still Won't Get You The Crown

By now, everyone has had a chance to weigh in on one of the more interesting aspects of Frank Ocean’s hyped-‘n-tardy Blonde project: The Andre 3000 Verse.

The Andre 3000 Verse rivals a solar eclipse with its rarity, sometimes only teasing its full potential on a Kanye West album, but also reserving its right to appear on a nationally released single such as Jeezy’s 2011 hit “I Do” or even an unexpected cameo alongside Erykah Badu, even though the two are in the running for the most civilized celebrity ex-couples ever.

Franky O. managed to grab one of those Andre 3000 Verses for his own album because, well, that’s what Grammy Award-winning hermits do. And he got more than he bargained for with the “Solo (Reprise),” because at the very least, it created a level of mystique and controversy.

At the tail end of his poetic rapid-fire blitz of an interlude, Dre dropped off this juicy outlier: “After 20 years in/I’m so naive I was under the impression that everyone wrote they own verses/It’s comin’ back different and yeah, that shit hurts me.”

That’s exactly how the world reacted.

My good friend Maurice Garland recently made a convincing argument that would easily get a client off the hook, as it proved there was a reasonable doubt that Drizzy was the intended subject of Andre’s verse.

On Facebook he wrote: “Why everybody assuming 3000 talking about Drake? Surely, dude can’t be the only rapper using a little help in the studio, it could be a blanket statement, no? On top of that, I don’t know anything about Dre’s creative process, but, I don’t think buddy would use one of the rare times that he raps on record to spend time and words talking about somebody. even if it was directed at buddy…it’s crazy how that one speck of a verse is what people are putting fork and knife to.”

And he’s right. The term has taken on many monikers since the dawn of rapping but its practice has always been frowned on with the thickest of unibrows. Run-DMC coined the term on Hip Hop’s first classic album and from there, the topic became automatic go-to fare whenever topics ran scarce. Black Thought has built a monumental legacy by hanging phony writers out to dry, but copying in any sense is also a no-no in Hip Hop. Raekwon and Ghostface spent a glorious interlude on the indestructible Purple Tape shaming Biggie and the Bad Boy family for emulating Nas’ Illmatic cover with their own fearless baby on Ready to Die. Even Missy “Misdemeanor” Elliott and Timbaland dedicated the first song of her sophomore album, 1999’s Da Real World, to sauce-stealing producers via the song “Beat Biters” (much love to that “kack kack kack kack, ficky boom to boom that kack kack kack kack).

But let’s not kid ourselves. Three Stacks was definitely aiming his puzzlement regarding rappers not writing their own stuff at October’s Very Own.

Somewhere between the release of So Far Gone and fans actually giving up on Detox’s existence, the art of swagger jacking became more criminal than biting (or pretending to write) one’s rhymes and the conversation literally stopped happening. That is, until Meek Mill decided to attempt career suicide that fateful July 2015 evening by not finishing all the beef he heaped onto his plate. Leading up to that Twitter fingers spectacle, no one ever questioned if Fetty Wap actually put together the lyrical arrangement to his breakout hit, “Trap Queen.” Did Nicki Minaj actually pen those blistering bars on “Chi-Raq?” — said no one ever. It was Drake having a ghostwriter that made having a ghostwriter a thing again. OMG. Legend.

From that point, every rhyme Toronto’s biggest star has laid onto digital wax has been analyzed and in nearly all cases, scrutinized by those who came up underneath the culture’s core principles.

To them, he’ll never be able to rightfully claim the crown. He’ll never be mentioned amongst the all-time Hip Hop greats. He’ll always be an actor who slithered his way to the top of the rap game when it was at its weakest.

“I need, sometimes, individuals to spark an idea so that I can take off running. I don’t mind that. And those recordings — they are what they are. And you can use your own judgment on what they mean to you… It’s just, music at times can be a collaborative process, you know? Who came up with this, who came up with that—for me, it’s like, I know that it takes me to execute every single thing that I’ve done up until this point. And I’m not ashamed.” — Drake on Meek Mill’s ghostwriting allegations against him.

All the aforementioned sentiments are opinions. Now let’s talk facts. As tepid as VIEWS was as a full body of work, it spawned several solo stars, including the Hot 100 chart-dominating “One Dance” and the album’s achievement of passing a billion streams as a whole.

What exactly is the best MC title worth in 2016? Kendrick Lamar’s reclusiveness won’t allow us to have a definitive answer to the question. There are no classroom or street corner arguments to properly christen bars anymore. Now it’s whether or not the track “slap” or not. As long as that remains the beacon of greatness, Drake can have Meredith Mcfuckin’ McIver’s name all up in the credits as long as it warrants repeat spins among the masses.

Save your energy, Three Stacks. Just drop an album and finish your “30 Hours” verse. The Life of Pablo is due for another update.