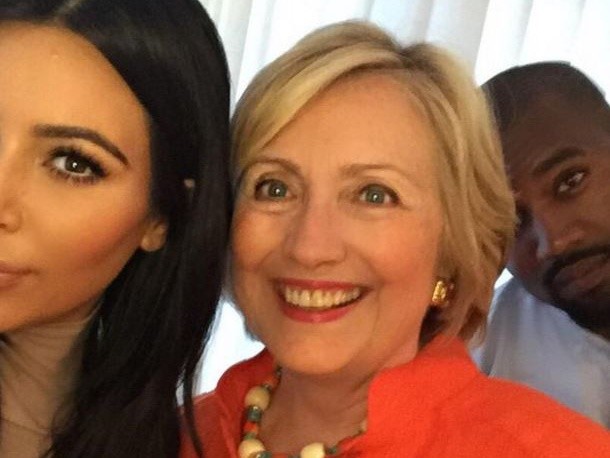 While appearing on “Extra” this week, the presidential candidate also commented on Kanye West leaving mid-concert after hearing about the incident. Clinton added that the entire ordeal sounded “horrible,” and is glad that no one was hurt.

“I felt really bad for her … And her husband, he was in the middle of a concert and he ran off stage. Bless his heart,” Hillary Clinton said. “It’s horrible. I’m just glad nobody was hurt.”

Last year, during another interview with “Extra,” Clinton offered a few words of advice to Kanye, who previously expressed interest in running for president in 2020.

“Well, if I’m going for my second term, to wait four years, but if I’m not … be sure he has comfortable shoes because there’s a lot of walking involved,” Clinton said.

In addition to speaking on the Kardashian robbery with “Extra,” Clinton also offered her thoughts on last Saturday’s (October 1) “Saturday Night Live” sketch, which poked fun of her debate with Donald Trump.

“I have to tell you. I saw it on delay. But I did see it,” she said. “And I’ll tell you when Kate McKinnon came out with the walker, I thought I was gonna fall off my chair. I mean, she makes me laugh anyway … She was amazing. Now, I wish I could do the jumps, the splits, the somersaults. I’ve been working on it … The next debate, cartwheels.”

Watch the video of Hillary Clinton expressing her sympathy for Kim Kardashian and Kanye West below.