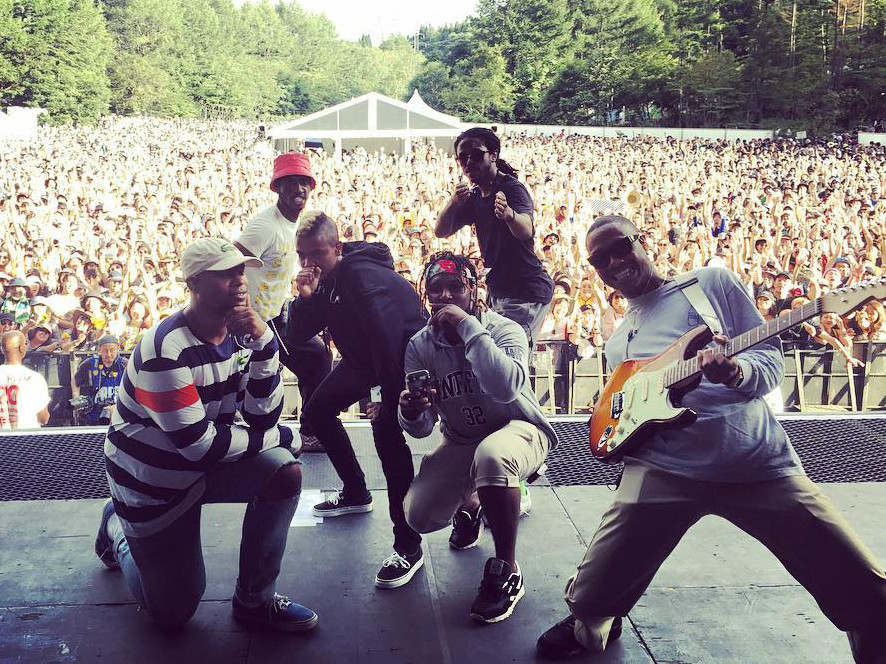 The Internet is set to make its return after the success of the Grammy-nominated Ego Death album, which dropped last year. The group — made up of Syd Tha Kyd, Matt Martians, Steve Lacy, Jameel Bruner, Patrick Paige II and Chris Smith — is to drop its next LP in the spring of 2017, the band reveals in a cover story for The FADER‘s America Issue.

This new project will be The Internet’s fourth full-length effort and the members say they will start writing and recording this month. Matt says the group is planning to attack the creative process in a similar way to the Ego Death track “Under Control.”

“We’re gonna get in a room with some instruments and we’re gonna make shit and come up with mad grooves and record ‘em,” he explains. “‘Under Control’ to me sounds different than the rest of [Ego Death]; it sounds like the whole band’s on that song. All the other songs, it wasn’t six people’s energy spread out. That song is the first true Internet song.”

He and Syd are also prepping solo albums, which are slated to drop this fall.

The former First Lady of Odd Future‘s debut solo LP is going to be called Dive and will explore Syd’s pop background, featuring production from Hit-Boy and MeLo-X. The title is because “[t]his album is not that deep, but I feel like this is my descent into the depth I want the band to get to.”

“I grew up on Radio Disney and *NSYNC and Britney Spears and Backstreet Boys so I’ve always loved pop music,” she says of the contrast of her album to The Internet’s signature sound. “The soul shit we do is dope, but my solo shit is giving me the option to explore a poppier, more popular sound.”

Matt says his yet-to-be-titled project will be yet another sound different from Syd’s and The Internet’s.

“My shit is very weird and wonky but it’s very core-heavy and melodic. Syd’s is more bouncy, very upbeat,” he says. “They don’t sound like Internet songs, [but] they sound like people that are in The Internet.”

The other members will also continue releasing solo music with Steve refining his sound by working on an EP and Jameel, Patrick and Chris continuing to craft their own tunes as well.

Read the entire story at The FADER.