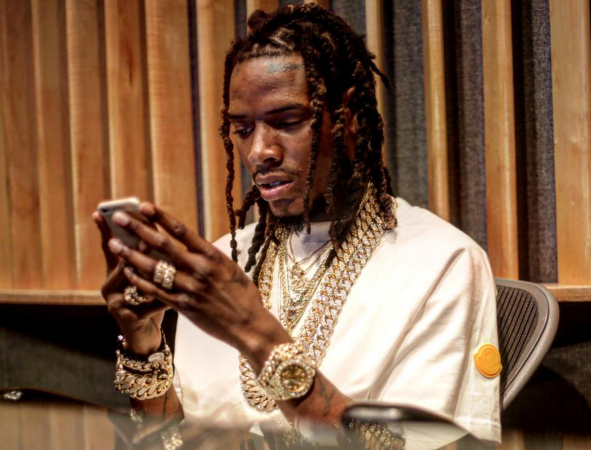 Los Angeles, CA – Behind nearly every smash hit is a lawsuit from another party that alleges they had something to do with it. Fetty Wap’s introductory chart-topping single “Trap Queen” (No. 1 on the Billboard US Hot Rap Songs and US Rhythmic; No. 2 on the Billboard 200) is now the subject of one those lawsuits where a Swedish producer is claiming the 4x platinum infectious number was derived from one of his previous creations.

According to legal documents obtained by TMZ, Fetty Wap (real name Willie Maxwell) legally purchased the song from producer Tony Fadd after finding it on his online store. Danish artist Lazar Lakic is claiming in court that he too bought a record for Fadd — a song that was titled “Hello” which he says was sampled in “Trap Queen.” [Editor’s Note: A producer makes a bunch of beats and some of them sound alike. Shocking, huh?] Later on in 2015, after the song became a nationally known hit record, Lakic says Fadd attempted to buy back the rights for “Hello” to no avail. Now, Lakic not only wants his taste of the “Trap Queen” royalties but wants all copies of the song destroyed and of its sales come to end.

That would be quite the magic trick. Maybe they could try it for the premise of Now You See Me 3? As far as Fetty Wap’s involvement goes, his lawyer, Navarro Gray, is quite adamant that is client conducted a proper business transaction with Fadd so if any damages are to be paid, it will come out of the producer’s cut.

As of press time, Fetty Wap’s “Trap Queen” is closing in on a half a billion views on YouTube alone.