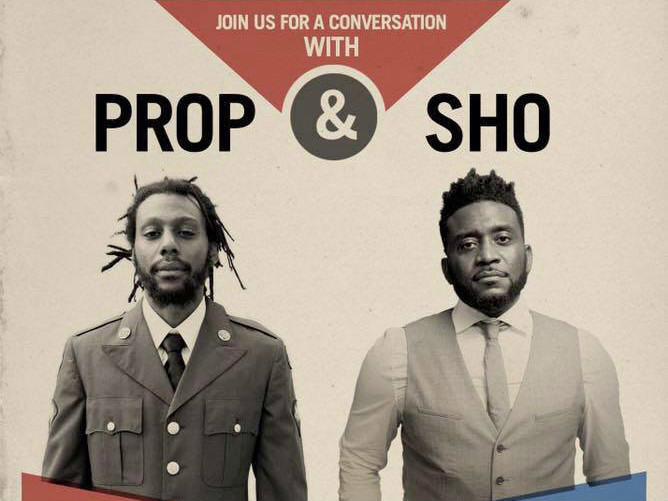 Humble Beast Records — one of HipHopDX’s most explosive independent labels — is ready to take the conversation about race, politics and social justice beyond social media as Propaganda and Sho Baraka announce the Spotlight Tour.

The duo is set to embark on six stops through the end of October and the beginning of November in major cities across the United States seeking to raise awareness about current issues and find reconciliation between the Church and the political arena.

“I believe in creating environments where healthy dialogue can take place,” Sho Baraka, who signed to Humble Beast this year after being a founding member of Reach Records and then taking an independent stint, says to HipHopDX. “Some want to vent. Some want to learn and some need to be inspired to care. I couldn’t think of a better person to share that platform with to address such weighty issues.”

Fans who attend each Spotlight Tour stop will get to hear music from Sho’s debut album on Humble Beast.

Propaganda has already taken a step into the arena of conversation with his “20 Years” spoken word poem that created a metaphor between race relations and an abusive relationship.

He cites the heated presidential race between Hillary Clinton and Donald Trump as well as the shootings of black men at the hands of police and resulting protests as reasons for him and Sho to initiate the Spotlight Tour.

“With the election being as intense as it is, and protests and riots breaking out all over the country, it’s to unpack some truth way deeper than a tweet can hold,” Propaganda says to DX. “It’s time to just be really 100 with folks.”

Prop has been busy prepping his own album and he toured with Murs this summer.

Check out the Spotlight Tour dates and ticket links below.