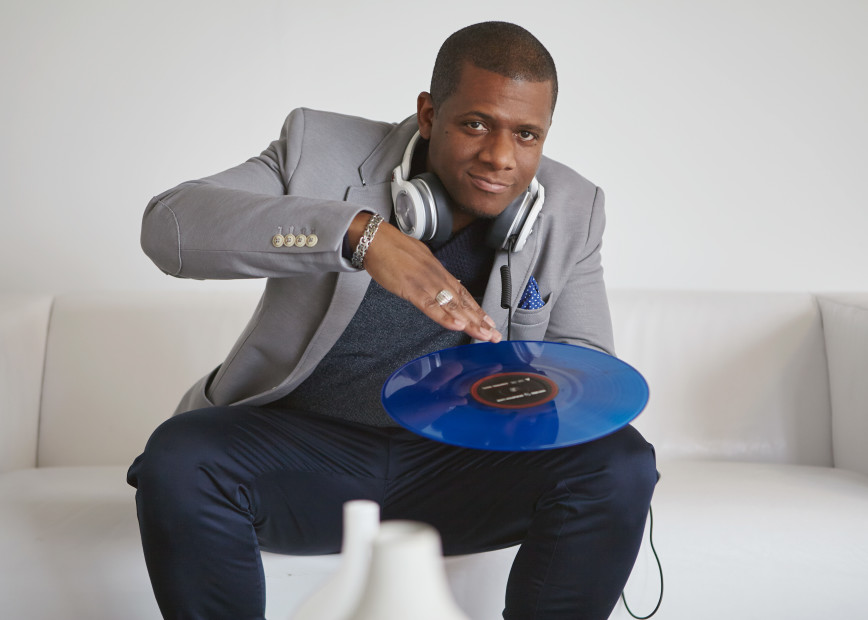 DJ Nasty can call himself the producer, who along with LVM, crafted DJ Khaled’s mega hit “All I Do Is Win.” However, the Orlando-based beatmaker has several dozen credits for those linear note junkies out there. Anyone taking a quick look through his discography can find placements on projects from Lil Wayne, Cam’ron, Fat Joe, 8Ball & MJG, Jeezy and Rick Ross among others. However, after HipHopDX took the time to speak with DJ Nasty, it is evident his work with Khaled goes way back. Makes sense why Mr. Major Key would bring the Grammy Award winning producer along as his own deejay when he opened for Beyonce’s Formation Tour. In this exclusive interview, DJ Nasty explains how they met and grew into their pretty amazing careers. Most importantly, he reveals who introduced Khaled to Snapchat.

Producing, Deejaying and Linking With Khaled

“Man, I started deejaying when I was 15 years old throwing house parties. Music runs in my family. My brother is a musician and used to play with Britney Spears and The Backstreet Boys. I had to find a niche and I couldn’t play an instrument. I got a pair of turntables, started rocking with those and that’s where my love came from. Next thing you know, production is normally where deejays take things to the next level. I got into making music and from there, it was on and popping. Being a deejay, I met DJ Khaled working at a clothing store. I met him when he was just learning how to deejay and I believe he was around 15 years old. He would come through and we would vibe. He would watch me deejay and we bonded. Next thing you know, we have a deejay crew called The Hitmen which was me, DJ Khaled and DJ Caeser. We rocked out for several years. It’s dope. You always want to see your team grow and your friends shine. It was cool watching each other come up. Like I said, he came up as a deejay, producer and artist and I came up as a deejay and producer. Me and My brother LVM aka (The Nasty Beatmakers) were working with Fat Joe, Cam’ron, Bone Thugs, Ludacris and all these other artists before I even made a record with Khaled. I had my own thing going on and he had his own thing going on.”

“It’s the “We Are The Champions” for the Hip Hop generation. That was probably the most rappers he had on a record at that time in regards to the remix. Watching the video get done was dope in Miami. We were doing album cuts with Khaled here and there, but I was so focused on the work I was doing with the Lil Wayne(s) and Jeezy(s) of the world that I was busy trying to get on their projects. Khaled is my brother and sometimes you know he’s the shit, but you look at him as your younger brother. I was kind of like we’ll work together eventually. He was like, ‘Yo, you’re being funny with the beats. I see you don’t want to give me the Lil Wayne and Ludacris beats but you can give me the other beats.’ One day I made a beat and told him it was a monster. He hears it and told me not to play it for anybody and that he had something planned. Next thing you know, he tells me he has T-Pain on the hook and to call Ludacris. I call up Ludacris and get him on the record. We were in Miami so we got Ross. He hadn’t worked with Snoop before and I always wanted to put him on the right record. This was the right record. We got Snoop on it and it was over. All the pieces of the puzzle were put together and it ended up being a smash.”

Thank You So Much for All The Love Y'all ?? Me & My Brother @djkhaled Made History!

“What he likes to do is inspire. He starts out with the inspirational speech first saying what he wants to do. He’ll be spinning the record while he’s having the conversation. He’s producing it in his head and letting you know how he wants it to sound, feel and even how the drums and instruments work. He really produces these records. From there, we go into the studio to work on stuff together and it works like magic. He’s definitely the Quincy Jones of Hip Hop. He really knows to put the pieces of the puzzle together and make it sound amazing. Look at his track record. We can’t even call him a deejay anymore. We have to respect him as an artist, producer and mogul. There are artists that don’t have that kind of track record. An artist can get the same features Khaled can get, but guess what? The records don’t sound like that. He puts out hit records. Hit records y’all. His catalogue is serious. We’re at nine albums right now.”

“Definitely a pop culture phenomenon. If anyone deserves the success it’s him. He’s been grinding and putting in work for the last ten years. There’s a gentleman in our team named Chris Smokes who handles We The Best Lifestyle. He introduced Khaled to Snapchat and told him to try it. Khaled tried it and eventually got lost at sea in a jet ski. That story made it big and he started to take off. He’s a character 24/7 whether he’s lost or talking with Future and Jay Z. He is who he is.”

“That’s my brother so it’s love. We’re always looking out for each other. When you’re in his team or circle, he always looks out for you. It’s always an honor to go on the road. I go on the road with him everywhere whether we’re in Las Vegas, Toronto or whatever. Khaled just doesn’t DJ, he puts on a show. When he’s on stage, he can’t perform, rock on stage with artist and deejay at the same time. He wants to be in front of the stage and command it. That’s why I deejay with him on tour.”