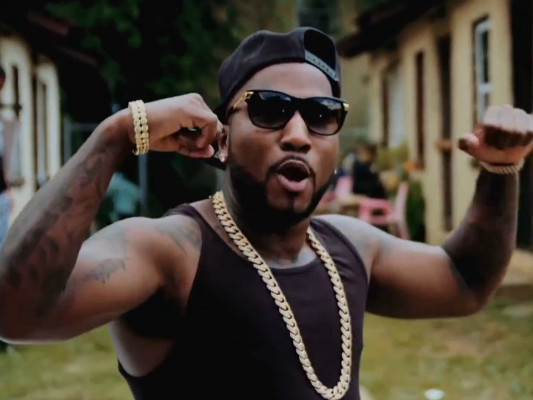 Jeezy is back to his old form with the release of Trap or Die 3 today (October 28).

The 16-track project enlists Lil Wayne, French Montana, Yo Gotti, Chris Brown and the late Bankroll Fresh and comes after the Snowman tried his hand at the conscious route with Church In These Streets.

Jeezy dropped the influential first Trap or Die mixtape in 2005 and the second installment followed in 2010.

Check out our exclusive interview with Jeezy here.

Stream Jeezy’s “Trap Or Die 3” album via Spotify or Apple Music below.

Jeezy inches closer to the release of Trap or Die 3 and reveals the project’s cover art and tracklist.

Trap or Die 3 is set to have 16 tracks with features from Lil Wayne, French Montana, Yo Gotti, Chris Brown, Plies and the late Bankroll Fresh.

The Snowman’s first Trap or Die dropped in 2005 and changed the mixtape game.

The third installment is scheduled for an October 28 release. Pre-order the project at iTunes.

Jeezy’s Trap or Die 3 mixtape cover art and tracklist are below.

(This article was first published September 8, 2016 and is as follows.)

After going the semi-conscious route with Church in These Streets, Jeezy is getting back to what he does best with the announcement of Trap or Die 3.

The Snowman gave fans the exciting news via an Instagram video posted today (September 8) that features Jeezy exchanging his pastor persona for his classic baller image. The Trap or Die 3 trailer shows a life of luxury in Miami with plenty of Ferraris, chains and lobster dinners.

Jeezy released his first Trap or Die mixtape in 2005 under the name Young Jeezy with DJ Drama. The project changed the landscape of music distribution. He dropped the sequel in 2010, which was hosted by Don Cannon and featured a title track with his rival Gucci Mane.

In between, Jeezy grew up, dropping the first part of his moniker, and released five albums prior to Church In These Streets, including Seen It All in 2014 where he reflected on his journey through the music industry.