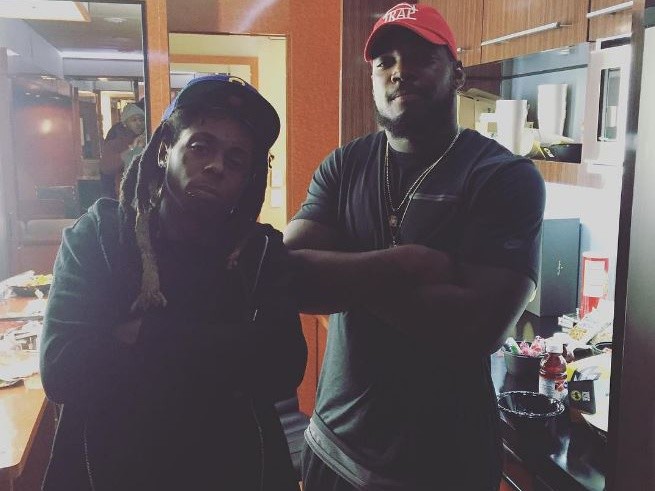 While sitting down with Bleacher Report, the Young Money Sports founder, who was rumored to work with soccer star Cristiano Ronaldo, spoke on why he chose to create his own sports agency. According to Wayne, it was simply meant to be.

“It felt like something that I was supposed to do,” Lil Wayne said. “I also understood that you could actually help these people, these athletes. You can help them off the field, off the court. And once I figured that out, that’s what I aimed to do…Success is promised over here.”

Shortly after signing with Young Money Sports, Reggie Northrup faced his first career setback. In May of this year, it was reported that the Washington Redskins waived Northrup after initially signing the former Florida State University linebacker.

In addition to sharing the details of how Weezy approached him with his Young Money Sports offer, Northrup also touched on the importance of the support he’s received from the agency.

“It wasn’t really an approach like that,” Northrup said. “He told me how he felt. And we just went from there. I was down for the cause. I look up to Wayne. I listened to a lot of his music growing up. I feel extremely confident…He got my back. They behind me regardless of what happens. I got that support. That’s all that matters really.”

Only time will tell how Wayne’s roster grows and flourishes.

Video of Lil Wayne and Reggie Northrup speaking on Young Money Sports can be found below.