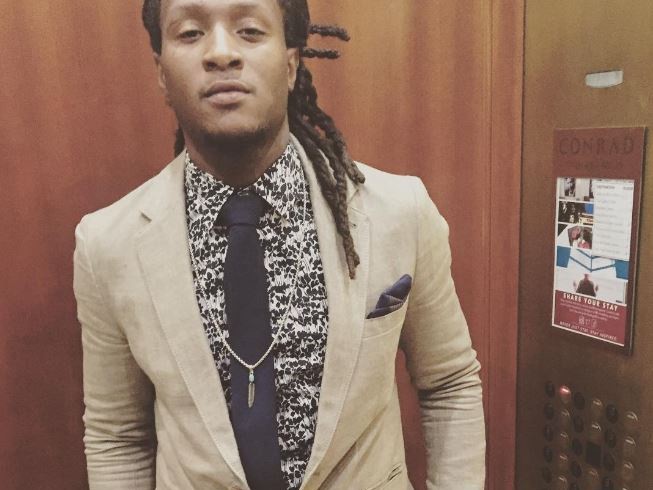 Houston, TX – NFLer DeAndre Hopkins will have to hand over $6,000 after wearing the “Turtle Dove” adidas Yeezy 350 cleats, a gift from Kanye West and adidas, during the Houston Texans’ game against the Chicago Bears last Sunday (September 11).

According to ESPN.com, the $6,000 fine was handed out to Hopkins due to the fact that he violated NFL uniform policy with the cleats. Players are only allowed to wear cleats that have a solid base color.

Given the hefty penalty, the wide receiver has no plans on wearing the Yeezy 350 cleats again on the field, unless “Kanye wants to pay the fine,” he says.

Designed by Kanye West, the Yeezy 350 cleats were reportedly made available for purchase to the general public yesterday (September 15) and were for sale here. There is no longer a “purchase” option, so maybe they sold out like lightning, typical for Yeezys.

The Denver Broncos’ Von Miller was also recently gifted with his own pair of Yeezy football cleats based on the Yeezy 750 boot. Miller shared the news in a tweet sent last week, writing “Thanks @KanyeWest and @adidasfballus for the cleats!! Can’t wait to test them out tonight!!!”

Thanks @KanyeWest and @adidasfballus for the cleats!! Can't wait to test them out tonight!!! pic.twitter.com/OmcB7jUWDo