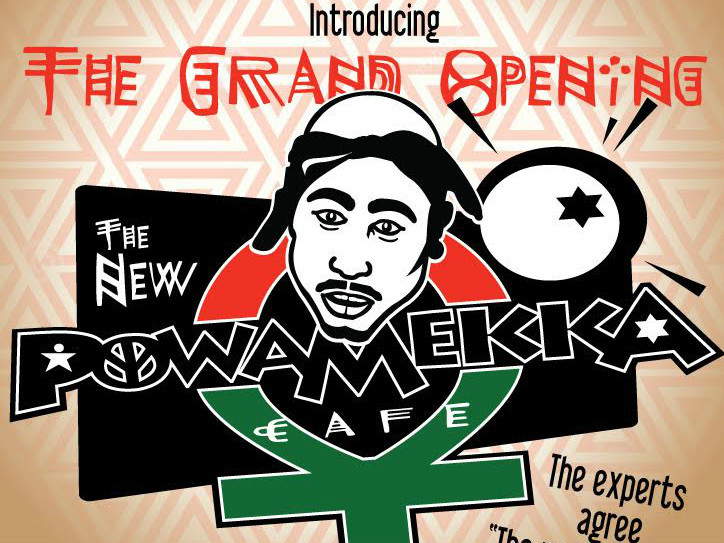 Fresno, CA – September 13, 2016 marks the 20-year anniversary of Tupac Shakur‘s passing and one Fresno cafe has plans on bringing the late rapper’s dream of opening Powamekka Café to life in the form of a one-day pop-up diner.

Tupac’s vision for Powamekka Café will take will take over Take 3 Burger’s space and will be based on inspiration from sketches and menu ideas that he wrote down before his death.

“Working on Powamekka Café makes me feel like I’m bringing Pac‘s vision to life like I used to do for Kanye,” Sam Hansen, the creative mind behind Kanye West’s earlier designs and merchandising who will be partnering with Take 3 Burgers to make Powamekka Cafe happen, says in a press release.

Hansen is also responsible for turning the Fresno Grizzlies concessions stand into a modern day version of Goodburger and previously hosted a tribute breakfast for The Notorious B.I.G. on his birthday this year where they took inspiration from Biggie’s 1994 hit single  “Big Poppa” and served T-bone steaks with cheesy eggs and Welch’s grape juice.

Check out Powamekka Café signage below.