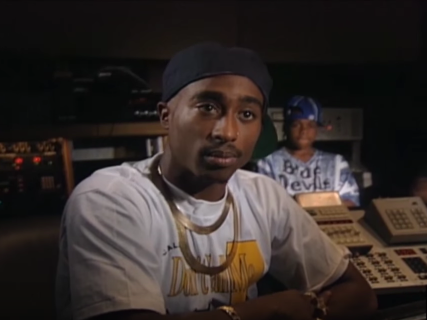 The original demo version of Tupac’s iconic 1995 song “Dear Mama” has been released by DJ King Assassin, an early collaborator of the late rapper.

The release comes following the untimely death of Tupac’s mother and subject of the aforementioned record, Afeni Shakur, who passed away on Monday night (May 2) at the age of 69.

The original demo version of the track, which is said to predate the popular recording that became a Top 10 hit on the Billboard Hot 100 chart in 1995, features vocals from Ice Cube protégé Yo-Yo, along with other previously unheard samples.

“The original version of ‘Dear Mama’ was far different than the version that was released, as far as the hook was constructed,” DJ King Assassin explained in a note to Ambrosia For Heads. “Originally, the hook was a sample of a song from the legendary rapper and friend of both of ours named Yo-Yo, from Ice Cube’s [Da] Lench Mob. The sample was ‘Wouldn’t be a damn thang without a woman,’ which was taken from the original song from Ice Cube’s ‘This Is A Man’s World,’ with the scratching done, of course, by yours truly DJ King Assassin. The day after we had finished up on everything we were in Echo Sound in L.A. when Tupac comes in the studio very upset and proceeds to explain to us that we had to take out Yo-Yo’s part because a person by the name of Pat Charbonet would not give us the clearance to use that part in the song, so we had no choice but to take it out and that’s where even the Richard Pryor excerpt, which you will hear, is completely off the released version of the song.”

The Game recently paid homage to Afeni Shakur with his own tribute track titled “Mama.”

The original demo version of Tupac’s “Dear Mama” can be heard below: