Tupac's Handwritten Lyrics & Letter Selling For Over $35K Each 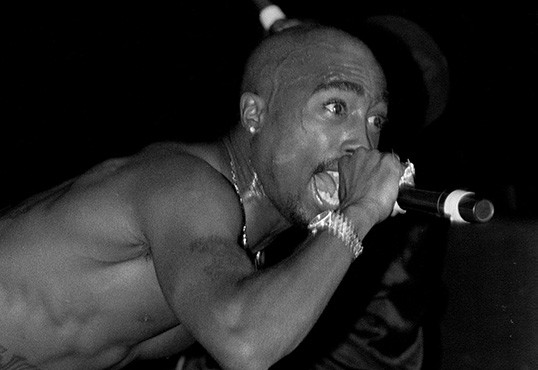 With the 20th anniversary of Tupac Shakur’s death a little over a week away, memorabilia site Moments In Time is selling a handful of items from the late rapper.

Among those items is a handwritten lyric sheet for the Better Dayz track, “Catchin’ Feelings.” Released in 2002, Better Dayz serves as Pac’s fourth posthumous release.

TMZ reports that the authentic lyric sheet was obtained by an ex-employee at a studio where Tupac recorded the song. The employee has held on to the piece of memorabilia, which is now framed, since 1996, when “Catchin’ Feelings” was recorded.

The current retail price for the “Catchin’ Feelings” handwritten lyrics stands at $38,500.

Additionally, Moments In Time is also selling what it claims to be the “Earliest Known Letter of Tupac Shakur.” The retail price for the letter is currently $35,000.

Over the past year, Moments In Time has sold several items once belonging to Tupac. One of the priciest items, a handwritten letter addressed to former Death Row Uncut magazine editor Nina Bhadreshwar, has a retail price of $225,000.

The letter was written while Tupac was locked up at New York’s Clinton Correctional Facility.