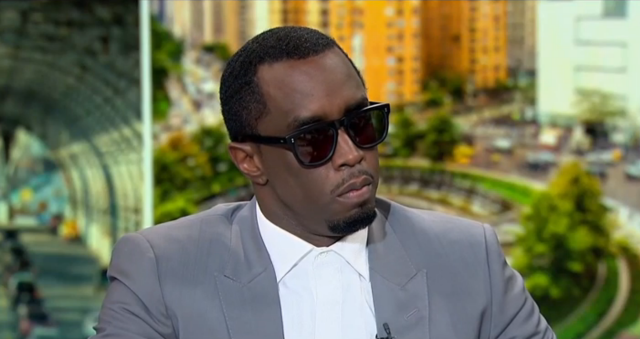 New York City, NY – Sean “Diddy” Combs has had his hand in politics for a number of years, most notably dating back to his vigilance for the Rock the Vote campaign during the 2004 presidential election, where he interviewed a relatively unknown Illinois Senator who would go to make history inside the White House.

However, more than a decade later, the 46-year-old music mogul’s opinion on President Obama’s tenure as commander-in-chief isn’t exactly dipped in bronze. While speaking to Al Sharpton on MSNBC’s Politics Nation earlier today, he expressed how he felt the black community didn’t get all they hoped for during the election years.

“My number one thing, though, to be honest, is black people,” Diddy admitted, who had originally joined the segment discussing his new Harlem charter school before the topic switched to the upcoming presidential election. “I feel like we put President Obama in the White House. When I look back, I just wanted more done for my people because that’s the name of the game. This is politics. You put somebody in office you get in return the things that you care about for your communities.”

“I think we got a little bit shortchanged,” he continued. “That’s not knocking the President. There’s a lot going on — a lot of balls for him to juggle — he’s done an excellent job, you know, but I think it’s time to turn up the heat because the black vote is going to decide who is the next president of the United States.”

While it was quite explicit that Diddy doesn’t plan on voting for Donald Trump this November, he’s not all that enthused with Hillary Clinton, who has been frequently accused of “pandering” to black people’s interests, just to obtain their vote.

“Ms. Clinton … Hillary Clinton, you know, I hope she starts to directly talk to the black community. … It really makes me feel, you know, almost … hurt that our issues are not addressed and we’re such a big part of the voting [bloc],” he said.

“I honestly think he heat has to be turned up so much that as a community, we got to hold our vote,” he added. “Really revolutionize the game. Make them come for our vote. It’s a whole different strategy but I think we need to hold our vote because I don’t believe any of [the candidates].”

Sharpton also prompted Diddy to reveal that his next album will be his last and his current tour is sort of like his “victory lap.”

Watch Diddy talk politics via the video below.