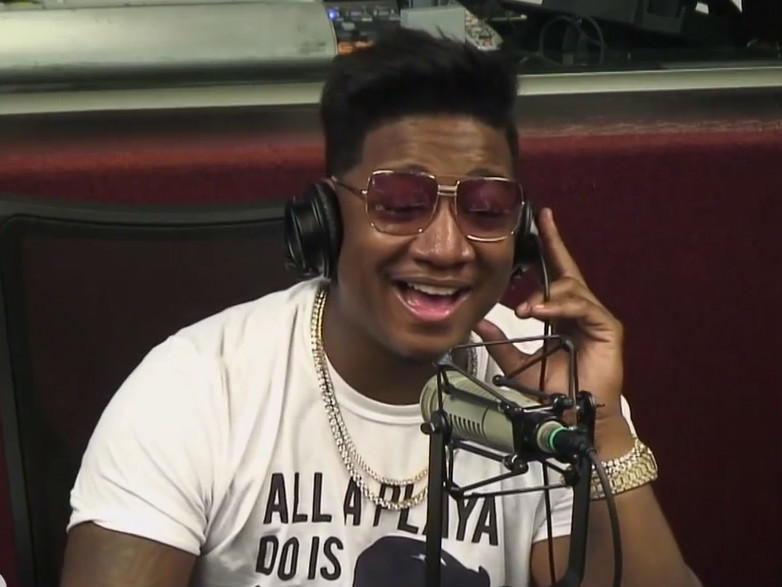 Yung Joc Memes Were Made By The Man Himself

So it seems that Drake is not the only fan of a good meme. The Internet went crazy with Yung Joc’s new hairdo, comparing him to everything from boy bands to Spongebob Squarepants.

Well, it turns out that Yung Joc himself was the originator of many of the memes. Speaking with Atlanta’s V-103, the rapper and Love & Hip Hop star shared that he wanted in on the fun. The radio hosts show him different memes and ask for his response.

“I created that one,” he says about a picture of him with The Five Heartbeats. “How bout that? ‘Cause I knew they would be talking. I knew, so I got to be part of it, too.”

He is then shown an image of his face photoshopped on an olive oil bottle, which he takes credit for as well.

@IAMYUNGJOC out here take #LHHATL to a new level pic.twitter.com/Ux3vUsEIlr

He laughs and says he appreciates all of the memes, but says some of them, like the Toni Braxton one, went too far.

“I ain’t walking around here with my booty hanging out, sagging my pants,” he says. “I ain’t got no extensions, no red, no blue, no green, no blond dreads. I’m getting hit with all the ‘Oh he must be coming out of the closet.’ No.”

He confirms that he got the hairdo for a movie he is working on and details what he told the hairdresser who gave him the cut.

“I’m like ‘I want you to give me something that look like the white boy,'” he says. “She like, ‘I don’t know what you mean.’ I’m like, ‘Give me the hairstyle with the little part, and swoope it over kinda like ‘Classic Man.'”

Watch Yung Joc respond to the memes of his new haircut below.