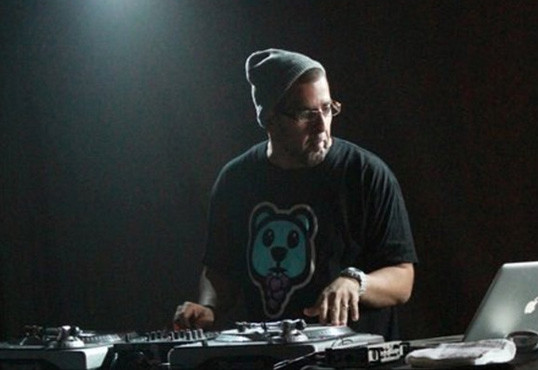 Reach Records and family of the independent powerhouse are mourning today after the death of Nelson “DJ Official” Chu. DJ Official served as Lecrae‘s tour deejay and passed away over the weekend at the age of 39 after undergoing double lung transplant surgery.

He retired from music in 2014 because of health complications. In 2010, he was diagnosed with a rare form of bone marrow cancer and struggled with emphysema, which necessitated the double lung transplant. He is survived by his wife Teresa and their two children.

DJ Official’s impact extended beyond the Christian Hip Hop community as Statik Selektah and others paid tribute to him on social media. Street Symphony, who has worked with 2 Chainz and on Lecrae’s Grammy-winning Gravity album, also honored the producer.

Lecrae paid tribute to his friend on Twitter with a series of posts.

When they criticized me @djofficialdj stood up for me. He got in arguments defending me. For years @djofficialdj walked with me thru all the storms negativity and gossip. When I wanted to complain @djofficialdj put it in perspective cause he battled so much and fought so hard. When I was starting off having an @djofficialdj beat was the greatest thing I could imagine. If he wanted to @djofficialdj could’ve released 10000000 albums on @reachrecords he had one planned I don’t really know what to say but honor my dude. He’s a real one. I miss you Fish. @djofficialdj You mean the world to us and We’ll make sure folks knows how much you mean to the movement so be it. @djofficialdj #116ForLife

You can support DJ Official’s family financially by visiting their YouCaring page.

HipHopDX sends its condolences to the family and friends of DJ Official.

Our hearts are heavy today as we've lost someone very special in our crew. @djofficialdj, you’ll never be forgotten. pic.twitter.com/qpQJGHt6WR

The squad will never be the same without you Fish. Love you brother. You are forever healed. @djofficialdj pic.twitter.com/3ILTmrgNEN

May fond memories of @djofficial bring us all comfort during this hard time. Never forgotten. Rest In Peace! pic.twitter.com/wOCETNqlvs

I will surely miss @djofficialdj, our last conversation was an exchange of laughs, trials and overcoming life struggles. We also talked on the album which he has been working on for the last few years and he told me it was 90% complete. I offered him a deal to release the album, his album needs to come out and all proceeds should go to his wife and kids! Always enjoyed playing Call of Duty & Halo with him on Xbox live. He was a very kind and funny dude. He was also very encouraging when I was going through some rough times and shed some light on some things for me. He also defended me at times. Here he is pictured at the Don't Waste Your Life tour in 2009 at Club 3 Degrees in Minneapolis MN. #roodphoto Can't wait to see you in heaven! Glory!

Rip Dj Official. Thanks for being an amazing example of enduring through faith. Thanks for all that you did for CHH. pic.twitter.com/mYz3BBv8nH

You get to see the promise face to face. CRY NO MORE! No more Pain, no more hurt, no more Suffering.
REST UP BROTHER ??

I Love this man! I pray for his wife and kids! Your heart, talent and humor will be missed. #RIPDJOfficial pic.twitter.com/b6f9DDmDXR

You don't have to fight anymore big bro. We gone miss you. #RIPDJOfficial pic.twitter.com/YYmJFhufTo

Love people while they are here. Tell them you love them and mean it. Fish was a real one. Heaven gained a real one. ??

Rest in Paradise to the homiee Fish. I just remember ROTFL laughing with you, Crae, Prop, and Bone on the tour bus all night during our tour… You always showed love and you carried your cross like a true soulja… Keep em entertained on the 1's and 2's in Heaven til we get there bro. Love. -Uno

Wow Just found out @djofficialdj passed. he was a real one. Great family man and one of the few Chh insiders who befriended me early on.