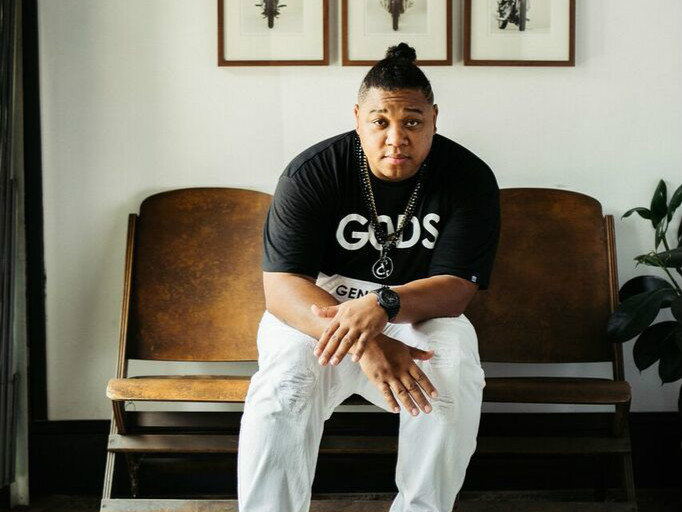 Tedashii’s world was rocked when, while traveling home to Dallas, he received a call that no parent ever wants to hear. His one-year-old son passed away and life would never be the same. That was March 2013.

Fast forward three years and Tedashii says he has learned to embrace what he calls the “new normal,” a lesson that you can’t plan life, but have to live in a journey. This year, he also moved from Dallas to Atlanta. All of these changes are reflected in his latest output, the This Time Around EP, which was released through Reach Records last month. He believes that everyone has some frustration in life and on the project, he encourages listeners to wrestle with their own journeys in the same way he has.

“I believe we were created to be better,” he says in an exclusive interview with HipHopDX, “and I believe we were created for something better than what we have right now after everything that’s happened in our country from race related issues to gender related issues. It’s just in my head something that I wanted to lightly address while really kinda bringing home the point that we can do better. In this new normal, in this journey that I’m on, that’s my wrestle is to do better, to be better, to get better.”

The personal changes T. Dot has gone through are reflected in the content of the project and led him to some transformations stylistically as well.

In his decade-long tenure, Tedashii has made his name through raw storytelling and anthemic hits. On his last album, 2014’s Below Paradise, he delved into the emotions he experienced while mourning the death of his son. Earlier in his career, he was featured on Lecrae‘s “Go Hard” from the 2008 LP Rebel, a crowd-pleaser that Lecrae still plays live today. However, on the This Time Around EP, Tedashii has discovered a new sound, which includes singing for the first time, because his old style didn’t fit what was on his heart. Even Tedashii’s raps are more melodic than ever before.

“I had people over the years saying that, ‘You should sing. You should sing,'” he says. “I kind of shunned that because growing up, it was kind of the thing to do, you just sing. When I was growing up, you just had all these boy bands and groups that sang. Hip Hop had adopted R&B as the thing to do. I thought, ‘Nah, that’s not for me.’ I want to showcase how I can really rap. But in this moment, I felt like all the things that I wanted to say, they couldn’t just be said by rap. They had to be given or presented in a different way and the opportunity to sing kinda came about for a couple songs and it just kinda evolved from here.”

One of the more sing-song tracks, “I’m Good,” is what Tedashii names as his favorite off the EP. Through the good and the bad, he retains a sense of hope and says this cut reflects that perspective.

“I’m living on a journey, but regardless of the ups and downs, it’s a good journey, so I’m battling with accepting that truth and moving forward in it when everything else in life would tell me to believe something otherwise,” he says. “It’s definitely one of my favorites right now, but it’s also one of my favorites because it’s so different. I’m singing on it. There’s something unique to the sound of it. It was a very organic song how it came about, so a lot of those things make it a special song for me.”

Tedashii Celebrates Wife On “This Time Around”

The rapper says that like “I’m Good,” he has always tried to be transparent in his music. A newer aspect of his life that he’s learned to be vulnerable about is his marriage.

“When I first started doing music, everything was about being true to who I was,” he says. “I think that’s been every project since then. I wanna be real in every sense of the way and be honest about where I am and what I deal with and who I am. For a long time, it was kinda just focused on me.

“Then at some point, I realized that I’m not doing this alone. I’m not making it on my own. I know that Hip Hop has a way of sharing pain. I think that’s something that’s common within a lot of people in their life is sharing pain and Hip Hop can definitely display that and people can relate to it whether it’s ‘I was teased and I had to fight’ or ‘I was broke and I had to go get money’ or ‘no one liked me, but then I got girls’ or whatever the case may be, Hip Hop can give you a sense of the struggle that people have. So for me, in my struggle, I had help and my wife was the one that was there by my side.”

Tedashii celebrates his 10-year anniversary this year and along the way, has realized the importance of showing appreciation to his wife, which inspired the song “808.” He says that honoring his bride is a reflection of a greater picture.

“It’s a song that hopefully communicates in my journey, in my struggle, I’m not alone in this,” he says. “If it wasn’t for her, I’d probably be worse off than I am right now, so it’s kinda the idea from a personal place of giving flowers while they’re still living, so to speak, like ‘Hey, let me give you your just due now.’ Then from a public space, I want to present it as a way to say there are guys out there who are like their ladies hold them down. That’s it. If that’s true, then let’s be honest about that. Let’s celebrate that. Let’s do better to celebrate that. That’s kinda been the whole entire idea for me for the EP was I believe we can do better. I believe in us. We can do better. I’m gonna prove how much I believe this by trying to be faithful to this woman and not step out on her or belittle the stuff that she’s done in my life to keep me and hold me down.”

A different relationship that Tedashii has cultivated in making this project was with producer GAWVI, who is the newest artist to sign to Reach Records. The rapper says he is excited for what GAWVI, who he compares to DJ Khaled’s ability to bring people together, can bring to the music industry.

“GAWVI’s a very chill, laid-back person with a very methodical attitude when it comes to making music,” he says. “Everything’s a method. Everything has to be in sync and in a rhythm, so I just assume that as the year’s go on, he’ll just get weirder and more eclectic, then he’ll be the guy that you go work with and you’re freaked out by ‘cause he’s in his own space when you’re in the room with him. Then we took a lot of time when I first moved to Atlanta to kind of rebuild the relationship we had in prior years and kinda spend time together to get to know one another again in this new season. From that space, that’s where the music kinda began to develop so well because we had spent that time together, months hanging out and just saying let’s be intentional to get to know one another so you’re not just making music for a guy you assume you know and I’m not just asking a random guy who I think I know to make music a certain way. So when it came down to it, it became this collaborative effort that grew something great. It blew my mind what we were making. So it was amazing. It was super fun.”

After the release of the EP, Tedashii has been on the Winter Jam tour and says he is planning to do more shows in promotion of the music. He also continues to work on new music, hosts his own Serium radio show based out of Houston, and has his sights on another endeavor.

“One of my hidden passions is fashion and the idea of presenting a package,” he says. “That’s what I enjoy a lot as well. I definitely want to be a person who is a communicator and a developer. I communicate well, but I want to develop well. Develop things for people, help people develop themselves, so with that, fashion’s always intrigued me. I privately kinda sneak around on Instagram and follow all the fashion people ‘cause I wanna see what they’re doing. With that, I’m working on not clothing line, but a line of merch for the EP and just trying to be fashion forward in what I’m working on.”

He says growing up around girls gave him an appreciation for fashion at a young age. They gave him an awareness for aesthetic that he still carries with him.

“There’s only two boys, only two guys in my family,” he says. “The rest are all girls. All they care about is fashion. They would always impress upon me when you leave the house, you need to look a certain way. So I’m like, ok cool. So privately, it’s always been there, but I think from a public space, I’ve just now started to present it to certain people, like ‘Hey, what if we did this? What if we did this?’ and just kinda have fun with this.”

Tedashii moves forward from tragedy with hope he draws from his faith. The road has not been easy, but he continues to persevere. Even though he is dedicated to his craft and his fans, whom he says are more like family, Tedashii expresses a hope that one day the journey can slow down.

“At some point, I’m gonna finish making music somewhere and escape to Mexico or something,” he laughs.