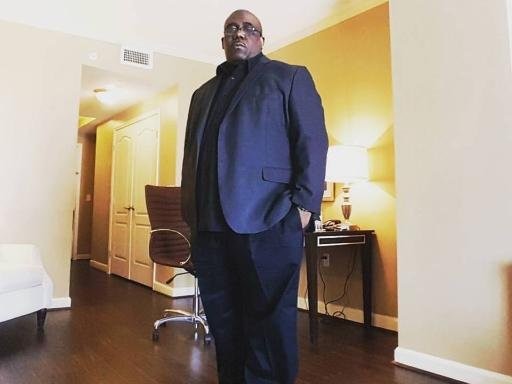 Atlanta, GA – Bankroll Fresh’s uncle, Marvin Shadi Powers, VP of Digital Marketing for Street Money Worldwide, wrote an open letter to DJ Vlad blasting him for the interview with Bankroll Fresh’s confessed killer, No Plug, who blames the rapper for his own death.

In the letter, Powers calls out Vlad’s lack of journalistic integrity for not getting a rebuttal for the No Plug story from the late rapper‘s family.

“Dear Vlad, (VladTV),” Powers begins. “You disrespectful culture vulture. I offered you to talk to my family, (Bankroll Fresh’s family) when my nephew was first killed. Did you call us or reached out to the Street Money Worldwide family or his father and mother to get a rebuttal to No Plug’s story? None of that! When I asked you to interview Bankroll PJ and how he was continuing the legacy, you had a subordinate call me to tell me, you’re passing on PJ. He had just released a new single out plus he’s starring in a new FX TV show (Atlanta) this fall with Childish Gambino but no that was too positive, huh? Not enough black on black crime?”

He then goes on to call Vlad worse than TMZ’s Harvey Levin and calls out his use of the Hip Hop culture to fill his pockets no matter whose life is affected by it.

“So are y’all finished or are y’all done???” he continues. “You trying to destroy my nephew’s legacy after someone took his life? I’ll see you when I see you, clown. Let’s have some tea or break bread or something? But you will put some respect on Bankroll Fresh’s name. That’s a promise.”

Read the full letter over at AllHipHop.