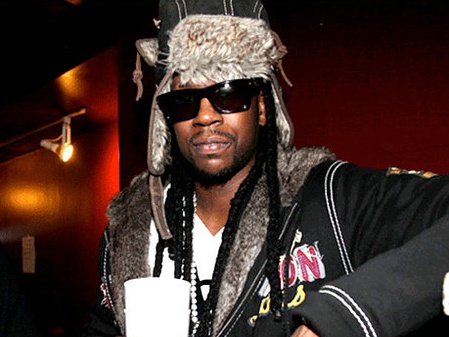 During an appearance on The Breakfast Club earlier today (March 9), 2 Chainz was asked about the recent death of Atlanta rapper, Bankroll Fresh. He explained that the idea of Bankroll no longer being here is “unbelievable.”

At one point in the interview, 2 Chainz stated: “I don’t know how to deal with it.”

He applauded the late musician for his artistry, expressing his confidence in the fact that Bankroll would have been the next big artist out of Atlanta. 2 Chainz also expressed concern over gun violence, adding that there’s a difference between someone wanting to protect themselves, and someone being reckless.

“We all on the same team,” 2 Chainz said when asked about his relationship with Bankroll Fresh. “Just know that we all together. We more family oriented than boss workers over here. That’s just the relationship with everybody. It’s no bosses over here. Everybody’s a boss. So, Bankroll was his own boss. We was aligned. We shoulder to shoulder. And it’s just real unfortunate. It’s unbelievable that Bankroll Fresh is no longer with us, man. [Homie’s] trajectory was through the roof. And I would tell him ‘I remember how this felt when it was me.’ It was so cool to see it because when it’s yourself you don’t know. Like when people was telling me I was about to blow…It’s like you just can’t wait til it get there, so I was telling Bank the same thing.

“It’s like he not even gone. He left such a huge mark,” he added. “I can hear him right now. I’ve been talking like him all morning. He’s a good friend. He touched everybody he came across…So, I definitely want to use my platform more wisely. As far as knowing we have a right to carry and all that, but just some of the gun violence is just senseless. I can dig protection, but certain stuff just don’t make sense.”

During his interview with The Breakfast Club, 2 Chainz also spoke on fellow Collegrove collaborator, Lil Wayne. The Atlanta wordsmith doted on Wayne’s work ethic, and referred to the rapper as “one of the realest people in the game.”

“I been rocking with Wayne since forever…I feel like he’s one of the realest people in the game,” he said. “He still has a crazy work ethic. We been working on this project probably…like a year. Great feedback. It’s my album, but it’s like [Ghostface and Raekwon].”

Video of 2 Chainz speaking on Bankroll Fresh’s death, can be found below.