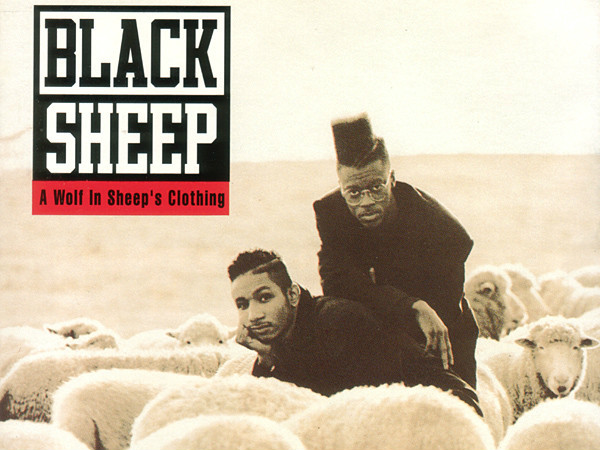 "A Wolf In Sheep's Clothing"

We all heard the iconic chorus of “The Choice is Yours” sung by little hamsters for a Kia commercial, but that wasn’t enough of a return for Black Sheep, was it?

Well, Dres and Mista Lawnge are now reuniting for a tour, according to Ambrosia for Heads. The duo will honor the 25th anniversary of the classic album, A Wolf In Sheep’s Clothing, which was released October 22, 1991. Q-Tip and Chi-Ali appeared on the LP from the Native Tongues duo.

Black Sheep is currently booking the tour where it will perform A Wolf In Sheep’s Clothing in its entirety.

“It was time,” Mista Lawnge says. “Twenty-five years is a big celebration of our legacy and we are excited to be able to bring this to our longtime fans.”

Fellow Native Tongues group De La Soul celebrated 25 years of De La Soul Is Dead in May. The trio is working on a new studio album, And the Anonymous Nobody, which is set for an August 26 release.

Dres says that he hopes Black Sheep can use the momentum from the tour to create a third album for themselves, the follow-up to 1994’s Non-Fiction.

“I really am excited to see the response we get from this tour,” he says, “and though music [and] Hip-Hop has changed drastically as well the issue of samples, I would love to be afforded the opportunity for us to make a [third official album] in the vein of how we did the first two.”

Guess who's coming to dinner?? Me and Mista Lawnge… that's who.. We're accepting offers..booking and routing dates for our 25th Anniversary/Reunion tour…#AWISC performed in its entirety… #TheGoodness