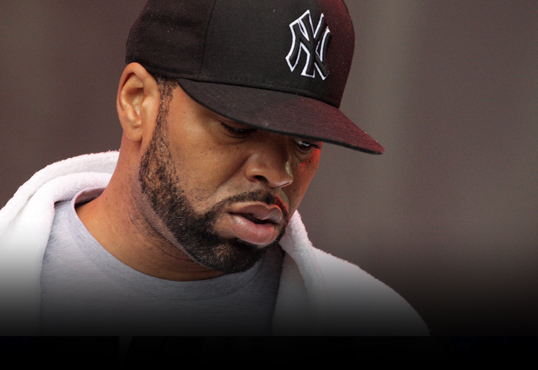 Method Man Quits Social Media Over Picture Of His Wife

The proverbial tumbleweeds on Method Man’s social media accounts have already begun to rustle along his timeline.

For more than 20 years, the separation between M-E-T-H-O-D Man and Clifford Smith has been clear: the former is weed-loving, lyrical Shaolin sword-wielding, part-time actor, party guy and the latter half is largely reserved with few details about his personal life being readily available to the public.

This includes his family: wife Tameka (married in 1999) and three children. While his wife never accompanies him on red carpets or blown out rap concerts, she became the subsequent fodder for headlines in 2006 when Wendy Williams made light of her breast cancer battle on-air.

“My wife is one of the strongest people on the planet,” Method Man told Rolling Stone during a 2006 interview. “I just want to make Wendy Williams aware of exactly what it felt like to be sitting in that hospital room, watching them pump this poison into the one you love.”

The Wu-Tang Clan legend’s efforts to protect his wife’s privacy have been largely successful up until today, July 26 when he was faced with publicly requesting the removal of an article bearing Mrs. Smith’s likeness in a photo. The article was published on the website of Farrah Gray, a self-proclaimed “Celebrity Entrepreneur” and “God-Made Millionaire,” who touted the post on social media with a headline that resembled something along the lines of “come see” a rare picture of Method Man’s wife.

“I’ll ask again could u Please take it down, if u [have] any decency in u. Please!,” Meth pleaded to no avail on Twitter. When he decided his efforts were in vain, he lashed out one good time before replacing his profile pic with an anti-troll face and dissing the entire lot of them.

“I guess follows n likes are more important than tastefulness and decency.. Smh,” he said before adding, “I’m done with social media until further notice… I’ve lost faith in human decency and I will not feed the trolls any longer. Fuck u all.”

In the meantime, Fans who want interaction with the Wu-Tang member will have to turn on the TV and/or head to the movies. Earlier this year, Method Man appeared in the action-comedy film Keanu alongside Comedy Central titans Key & Peele and is currently shooting Future World, with an ensemble cast that includes James Franco, Lucy Liu and Snoop Dogg.

Method Man’s final tweets (for now) can be seen below.