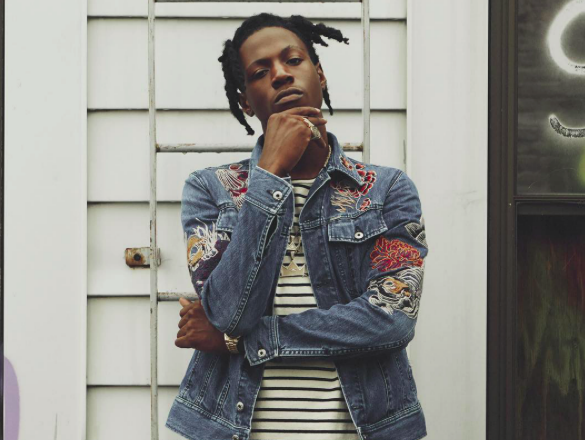 New York, NY – In January 2015, Joey Bada$$ caused quite a stir when he posted a selfie of President Barack Obama’s eldest daughter, Malia Obama, wearing a t-shirt that represented his Hip Hop collective Pro Era. Now, the Brooklyn-bred rapper has his suspicions about the U.S. Secret Service monitoring his activity, he tells the New York Post.

A mutual friend of Malia and Joey’s leaked the picture online and he simply reposted it to his Instagram with no malice causing an investigation by the government agency. The “Christ Consciousness” rapper didn’t realize who was wearing the Pro Era tee before he quickly removed it, thereby issuing an apology.

That didn’t stop the investigating government agency from removing a tree from the front of his humble abode.

“It had been there for years,” Joey recalls. “But when that shit with Malia went down, the tree was gone. The timing was too suspicious. I guess they [had] to get clearer pictures.”

Joey candidly admits that his new recurring role on Season 2 of USA’s Mr. Robot may have kind-of-sort-of fueled his paranoia, however, that doesn’t stop him from hoping to one day to meet Malia to show his gratitude for the love.

“I’d love to thank Malia in person,” says Joey. “It’ll be a weird encounter, because the Secret Service guys are gonna be there, and they’re gonna be tapping the whole conversation. But nonetheless, I’m down.”

Malia Obama rocking that classic Pro Era tee! | Make sure you get your official Pro Era gear from theproera.com!