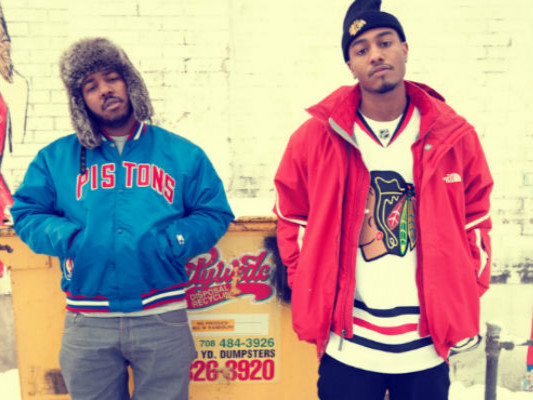 The Cool Kids are back!

Chuck Inglish made the official announcement today on Twitter to say he is reuniting with Sir Michael Rocks after a five-year hiatus.

I called Mikey and realized nothing would feel better than us being the originators again.

The Cool Kids are back forreal.

Inglish goes on to say he feels The Cool Kids have unfinished business and that being back with his “brother” makes him feel complete as an artist.

SO LOOKS LIKE THIS WILL BE MY FINAL SOLO PROJECT FOR A WHILE pic.twitter.com/adpLb4D82M

The duo made three full-length projects together, the last one being When Fish Ride Bicycles in 2011.

Since then, both have focused on their solo careers. Sir Michael Rocks has released his Banco and Populair projects while Chuck Inglish dropped Everybody’s Big Brother and Droptops.

In 2014, Inglish announced a Cool Kids project called Shark Week that has yet to surface. When Tyler The Creator asked him about the potential reunion, Inglish said their break was just a “timeout.”

Last year, Sir Michael Rocks took to Twitter to dispel any rumors of The Cool Kids getting back together. “The Cool Kids are never coming back,” he wrote.

View the rest of the posts from Chuck Inglish and Sir Michael Rocks below:

The Hiatus is over. We missed being us.

We refuse to let people down and not be the actual group. We been through too much.

So prepare for things to go back to they were suppsosed to be.

The Cool Kids together is what is right in the world. It's on. P

I can't say I've felt more complete as an artist than to be back with my brother to give the world what we started.

I'm not saying it to pump fake. I've felt incomplete.. I needed to bring us back for our sanity… And to give you that feeling is golden

We really felt like we hadn't really finished what we started.

They took our styles and ran off.

We coming back for it all.

Once I drop this Album I just finished.. ..

We go to work asap.

And Boldy is free. So everything is lining up.

EVERYTHING ELSE CAN WAIT.
THE WORLD IS FUCKN TRIPPIN RIGHT NOW I JUST WANT SHIT TO FEEL GOOD AGAIN