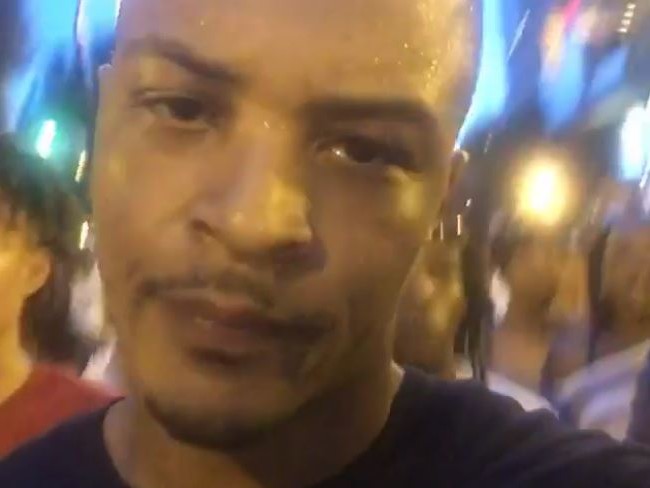 Atlanta, GA – Rapper T.I. was one of thousands to march against police brutality during a rally held in Atlanta, last Friday (July 8).

The Southern wordsmith, who joins several other rappers who peacefully demonstrated last week, posted several videos of the march on Instagram, using phrases like “Mandatory Demonstration” and “We outchea!!!!” as the captions to his footage.

In one photo, which is captioned “Standoff on da highway,” T.I. and a number of other protesters can be seen standing directly in front of police who blocked access to the highway. The rapper later posted a photo, which showed an aerial view of the standoff with police.

Also present with T.I. during the protest was his son, Domani Harris.

In the time since last week’s protest, T.I. has uploaded a number of videos that touch on social injustice to his Instagram profile. Several of the videos feature footage of Jane Elliott, a former school teacher, anti-racism activist, and “hero” to T.I.

Video T.I. recorded of the Atlanta protest can be found below.